Clean State acknowledges that Traditional Custodians and First Nations people have said that too often, environmental organisations focus on conservation outcomes and have not taken cultural implications or sustainable economic opportunities into account.

The recognition and protection of the rights of the Traditional Custodians, and sustainable local economies, must be a priority alongside conservation and is a focus of this section.

Clean State is advocating for the state government to:

Tripling the funding for the Aboriginal Ranger Program

The WA Government provided $20m over five-years for the Aboriginal Ranger Program in 2017, which funds 42 Aboriginal organisations 85 new jobs and 80 training opportunities from the Kimberley to Esperance.

The program has been incredibly successful, and every funding round has been oversubscribed by at least three times.

Clean State consulted with a number of First Nations leaders and practitioners in the development of this Plan who identified a range of ways jobs in Aboriginal enterprises and ‘forever industries’ could be supported.

Aboriginal Ranger Programs should be expanded, to provide greater support for Traditional Owners to care for their land and country. Tripling the funding will create more jobs and support the significant cultural and land management work being done by First Nations communities across the state.

“When it comes to conversations about land management women play a very important role in looking after country through both cultural and western ways. There are a lot of opportunities arising for women rangers but not as much funding as we have expected. We all need to work together across different levels to tell our stories to accomplish our vision of more women rangers as this is very important to us and our future generations.”

Do you have a personal story or big idea to share?

How much would it cost?

A three-fold increase to the existing program would cost $12m.

Providing an additional $2m funding for the WA Indigenous Business and Employment hub and opening three new hubs in the regions by 2020 that provides a one-stop-shop for Indigenous businesses, entrepreneurs and job seekers to access advice and support, a place to work, and connect with corporates would cost $5m per year.

Corporate Services Manager Sarah Parriman says women rangers are leaders in their community and are inspiring many young women to take up the charge caring for country and culture.

The Collie area has an opportunity to restart the Aboriginal-led marron farm in Collie. The farm utilizes wastewater from mining operations, purified and filtered through two dams, to raise the marron. There is presently a huge demand for bush tucker, far outweighing current supply and presenting a great opportunity for the wet and dry market proposed to accompany the farm. The bush tucker sales must be developed in a way that employs and empowers Aboriginal people. This food experience aspect will supplement tourism in the area. 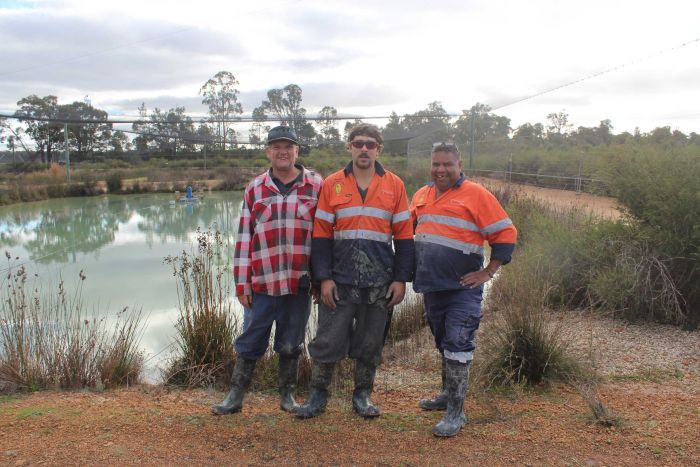