When measured in absolute terms, Woodside's Burrup Hub project would be Australia’s most polluting fossil fuel project ever to be developed, with a total lifetime carbon footprint of over 6 billion tonnes of CO2 (6.218 gigatons).

The figures we’ve calculated for Woodside’s Burrup Hub ‘vision’ are more like our worst nightmare. 6 billion tonnes of greenhouse gas pollution over this project’s lifetime is not consistent with the scientific, technological, or moral action required to comply with our international obligations to bring emissions down urgently and completely decarbonize by 2050.” – Chantal Caruso, Clean State Director of Policy and Research.

The reason for the very high emissions from the Browse Basin development is three-fold:

The high CO2 in the reservoir is exacerbated by the NWS infrastructure, among the world’s oldest and least-efficient LNG projects.” – Wood Mackenzie, October 2019

If it were to become operational, the Burrup Hub project would be Australia’s largest pollution source, when all direct and indirect emissions are accounted for. Due to the very high emissions intensity of the gas produced, and the long lifespan of the proposal, it is inconsistent with maintaining a safe climate and meeting international commitments on climate change. The project would cause both direct or ‘Scope 1’ emissions released in Australia from energy use venting CO2, fugitive emissions, flaring and other sources, as well as indirect or ‘Scope 3’ emissions from burning the gas after it is sold, either in Australia or overseas. 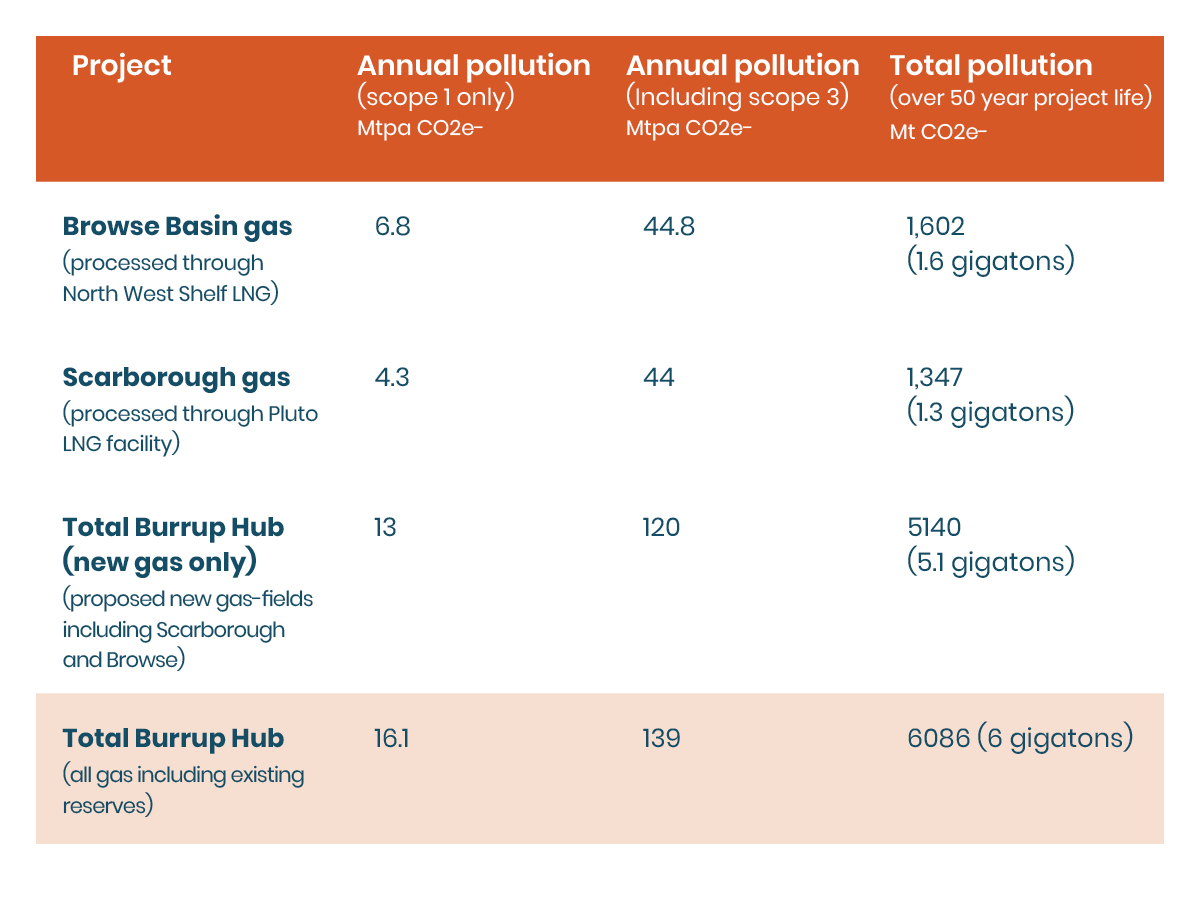 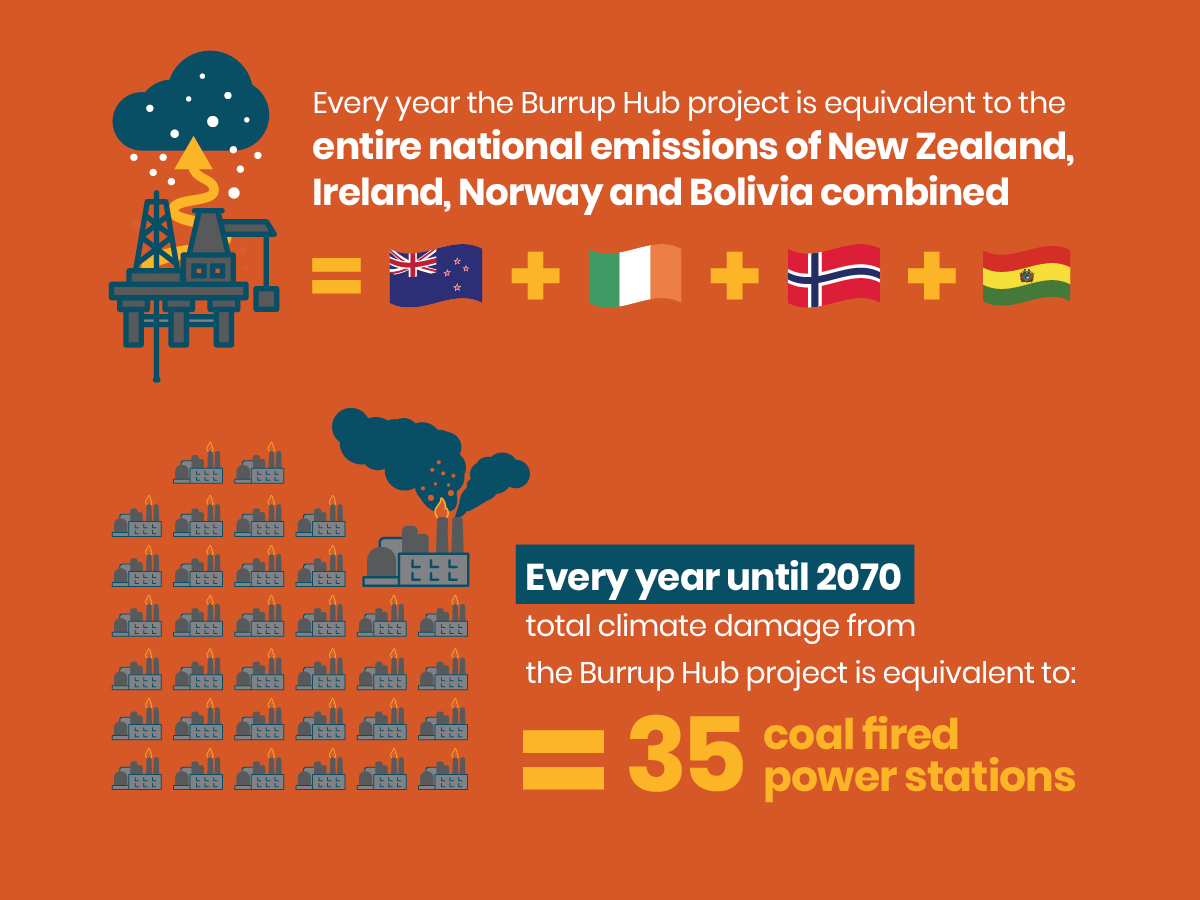 All fossil fuels cause carbon pollution and contribute to climate change, but when measured in tonnes of pollution per unit of energy produced (emissions intensity), some fuel sources and projects are far more polluting than others. If the Browse Basin development were to proceed, it would have a carbon intensity of nearly one tonne of CO2 for every tonne of LNG produced - amounts which are nearly double the Australian average. This makes the Burrup Hub the most carbon intensive LNG project anywhere in Australia, and one of the highest in the world. 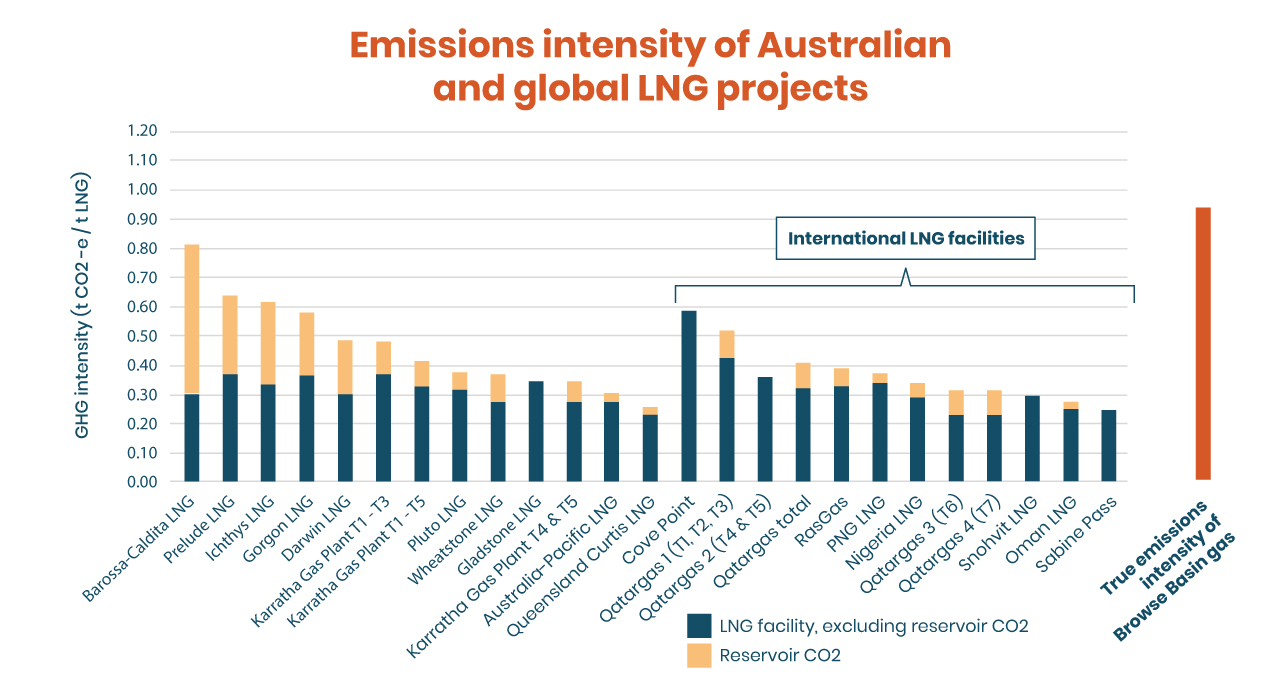 We cannot allow a polluting project of this scale to take place.

Email you MP our Burrup Hub report on why Woodside's dangerous project should not go ahead and share your support for clean renewable energy solutions.