The organisation today released its Clean Jobs Roadshow Report, which also made recommendations for a low or no-interest loan scheme for climate action projects, the establishment of a co-ordinated climate action network and a one-stop shop providing streamlined information and resources on climate policy. 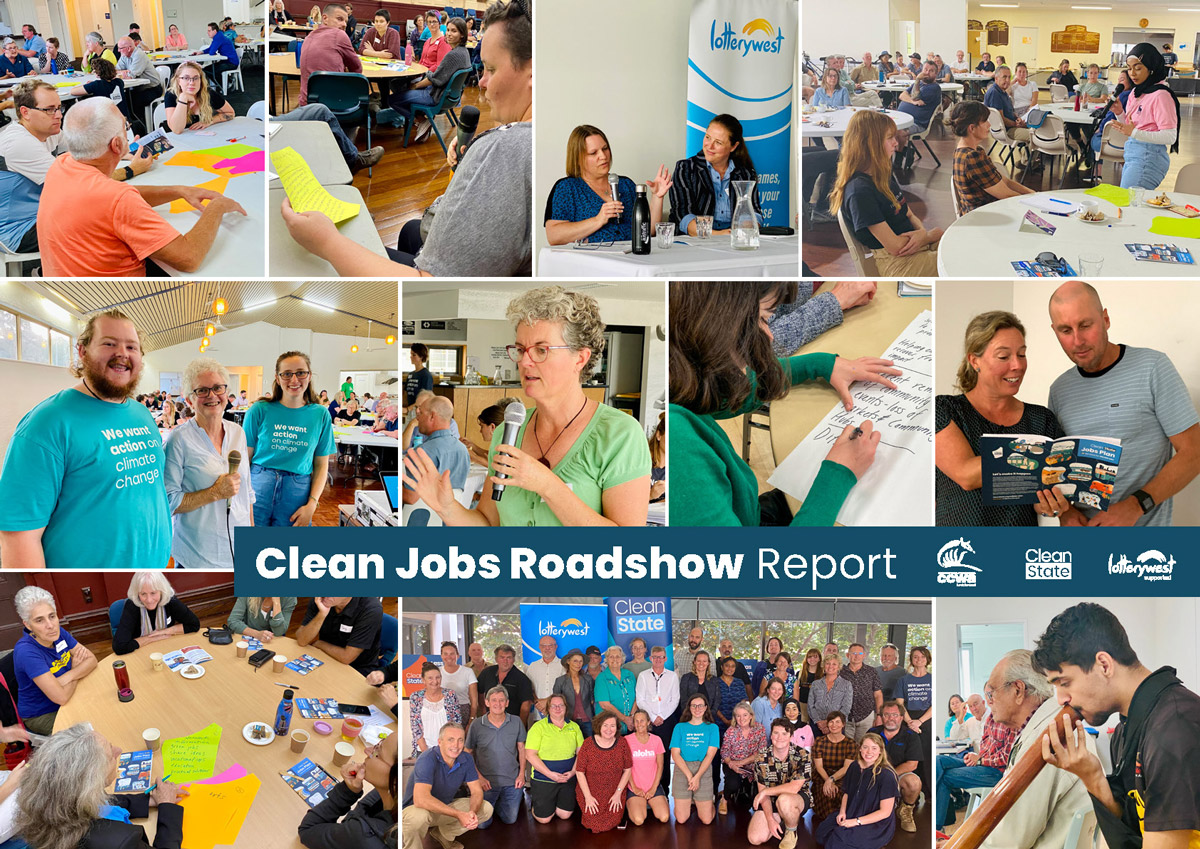 Clean State, in partnership with the Conservation Council of WA and Lotterywest,  travelled through the Perth metropolitan region, Geraldton, Bunbury and Albany and consulted more than 1000 people about strategies to reduce carbon pollution and create clean jobs in their communities.

The roadshow followed the 2019 launch of the Clean State Jobs Plan, which proposed 26 new ideas to create 200,000 clean jobs for WA.

Eleven of those ideas, such as solar schools and improved energy efficiency in social housing properties have since been actioned.

Ms Chapman said a dedicated climate action fund would not only provide much-needed support for the local groups running them, it could significantly boost the number of climate initiatives in local communities while providing incentive for businesses, local government and community groups to collaborate, improve the local economy and create jobs.

“Through our roadshow we identified an overwhelming level of support for climate action in our communities, and while there are hundreds of projects happening across the state, many volunteers and community groups are working in silos, unable to connect with existing networks, coordinate efforts or scale their initiatives,” Ms Chapman said.

“Many projects are run with little or no funding or resources because, while they may exist, funding streams are often complex and difficult to access.

“We need a system that not only empowers and supports people to take action on climate, but makes them part of a coordinated and considered approach.

“A dedicated climate action fund, along with the other recommendations outlined in the Clean Jobs Roadshow Report, provides a much-needed framework for co-ordinated climate action across WA as we strive toward a carbon-free future.”

Olivia Chapman was appointed Director of Clean State in October and will lead the organisation into an exciting new phase of innovation, actionable research, and policy reform. She brings to Clean State a passion for public-private collaboration having previously led multiple international partnerships that tackled labour market challenges related to emerging technology, COVID-19 and climate change.

“I feel privileged to lead an organisation that has already achieved so much in such a short time.

“I strongly believe Western Australia can be a global leader in climate solutions, particularly in building a world-class renewables sector and supporting industry, workplaces and the community in the transition to a zero-carbon economy.

“A key focus for us, going forward, is providing evidence-based solutions that not only support, but drive the transition to a clean economy.

“We look forward to working hand in hand with the community and an alliance of organisations to achieve a cleaner, safer future for WA.”

The WA Election Is On