During National Water Week, Lake Grace farmer Royce Taylor says “the sooner we can move to renewable energy the better” for farming in WA. 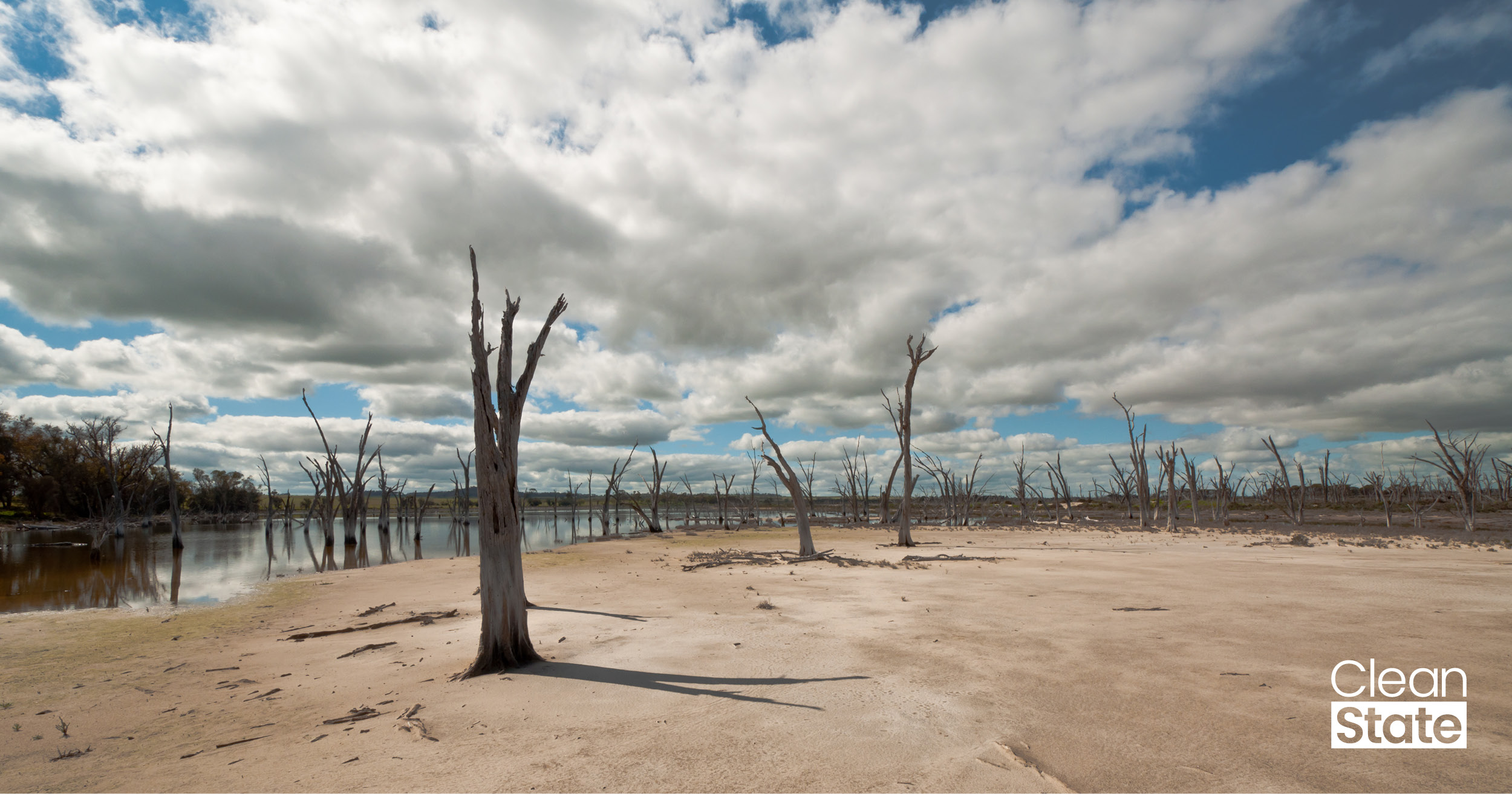 Mr Taylor grows wheat and barley and also has merino sheep on his farm, which he has operated for more than 30 years.

He said there have been “big changes in the climate” over that period.

“Water supply? There isn’t any. We rely on summer rainfall for run off to fill up, and in the last three years we haven’t had a significant summer rain event. Winter isn’t enough to get catchments to run.

“Climate change is a major, major bloody factor in all this… 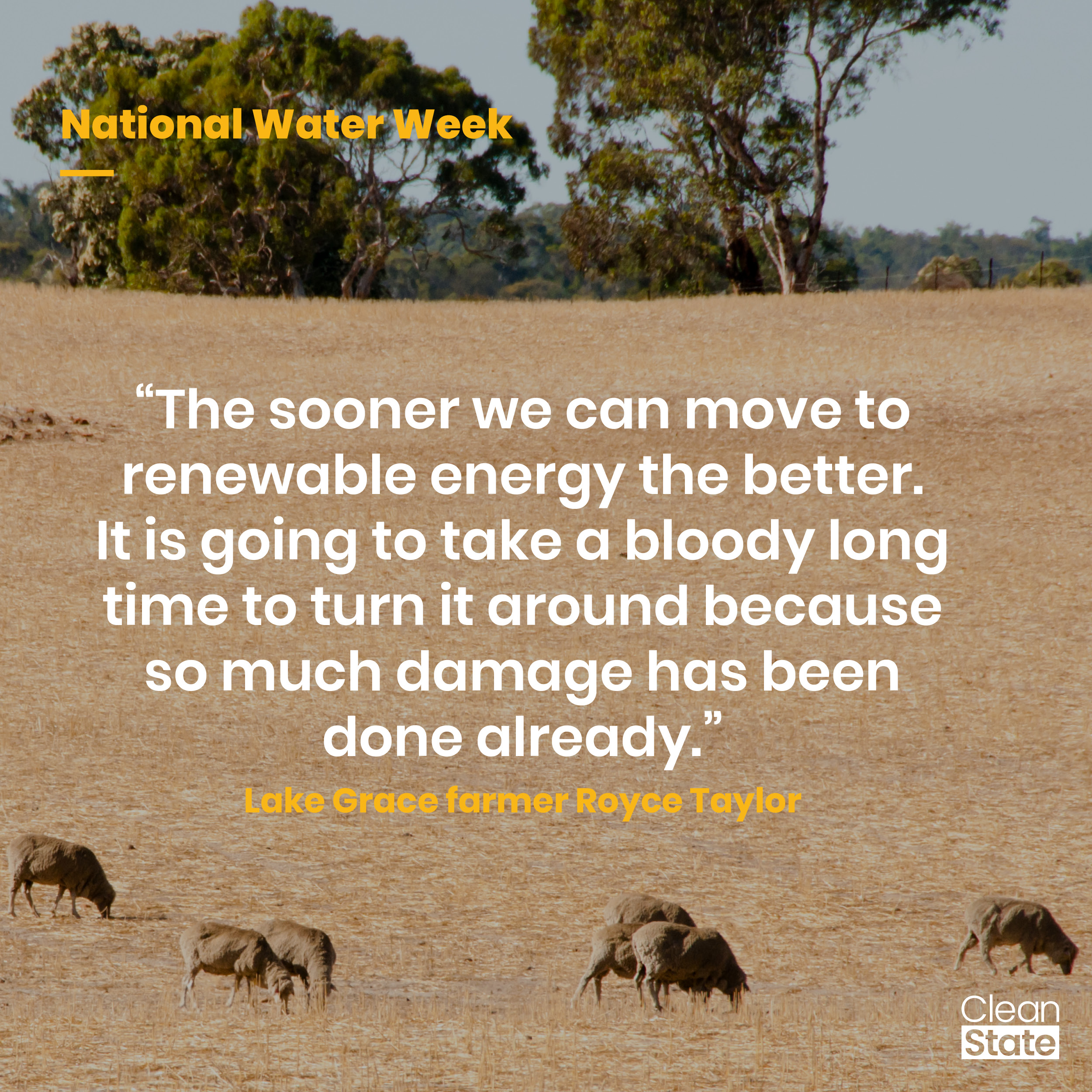 "The technology is there with renewable energy. The sooner we can move to renewable energy the better. It is going to take a bloody long time to turn it around because so much damage has been done already.

“The climate has never changed as quickly as it has in the last 20 years. I have been farming for over 30 years and from when I started until now I have noticed big changes in the climate, in the regularity of rainfall events, early and late in the season it is less and less. It has become more unreliable than it was 20 years ago.

“In the past 10 or 11 years [in our area] we have had four years of the rainfall being in decile 1 [in the bottom 10%], and a couple of years decile 2 [bottom 20%]. And it’s getting worse. I don’t think people realise just how much it is drying out... We have had to improve our water infrastructure with pipelines and tanks so we can get water into more paddocks.

"We also lose a lot of water through evaporation from our dams, we lose up to two metres each summer from evaporation. The way dams are shaped the majority is at the top, you lose half - gone in one summer.”

Clean State spokesperson Maggie Wood said the organisation had developed a detailed plan of 26 proposals to transform WA’s economy in a way that would slash carbon emissions while also creating 200,000 new jobs, with a particular focus on job creation in WA’s regions.

“For the future livelihoods of our farmers and for the food security of our state, it is vital that we take action on climate change.

"We have worked with industry experts from a range of sectors to develop detailed plans to transition our state to a low-carbon economy.

“Our plan to shift the South West Interconnected System to 90% renewable energy, for example, would reduce carbon emissions for the entire state of Western Australia by 90%. Our proposals also include a suite of measures in agriculture to boost both energy and water efficiency.

“There is a well-documented link in Western Australia between deforestation and clearing and reduced rainfall, and our Jobs Plan addresses this directly through a number of initiatives involving massive reforestation goals, including carbon farming, regenerating the wheatbelt and rangelands, and phasing out logging and protecting forests in the south west."

And: A leading researcher on the correlation between clearing and reduced rainfall along the Swan Coastal Plain and in the south west.