The recent crash in global oil prices has triggered a collapse in Western Australia’s gas industry with long-term ramifications for workers and investors.

The fossil fuel industry has been in structural decline for years due to the global transition to a low-carbon economy being powered by renewable energy. Increasingly, the risk to investors of major LNG expansion projects becoming stranded assets is becoming more and more likely in with the falling Australian gas price tied to the global oil price shock. Australian gas companies break even at $40 a barrel and the current price has dropped sharply to $28 per barrel.

Woodside Energy has responded to the falling gas price by announcing 500 job cuts across its current gas plant operations in Karratha and gas giants Chevron and BHP look set to cut hundreds of oil and gas industry jobs in WA too. Given the increasing uncertainty for workers already experiencing health and financial impacts from the COVID-19 pandemic, these sudden job cuts show a lack of care for the livelihoods of workers and their families.

It’s also worth noting that Australia's biggest mining companies want to be classed as an “essential activity” and remain open during the shutdown, putting thousands of workers and the wider community at risk. Woodside has spent millions marketing themselves as the company that’s ‘Energising WA’ but in reality, they are putting the health of their workers at risk. 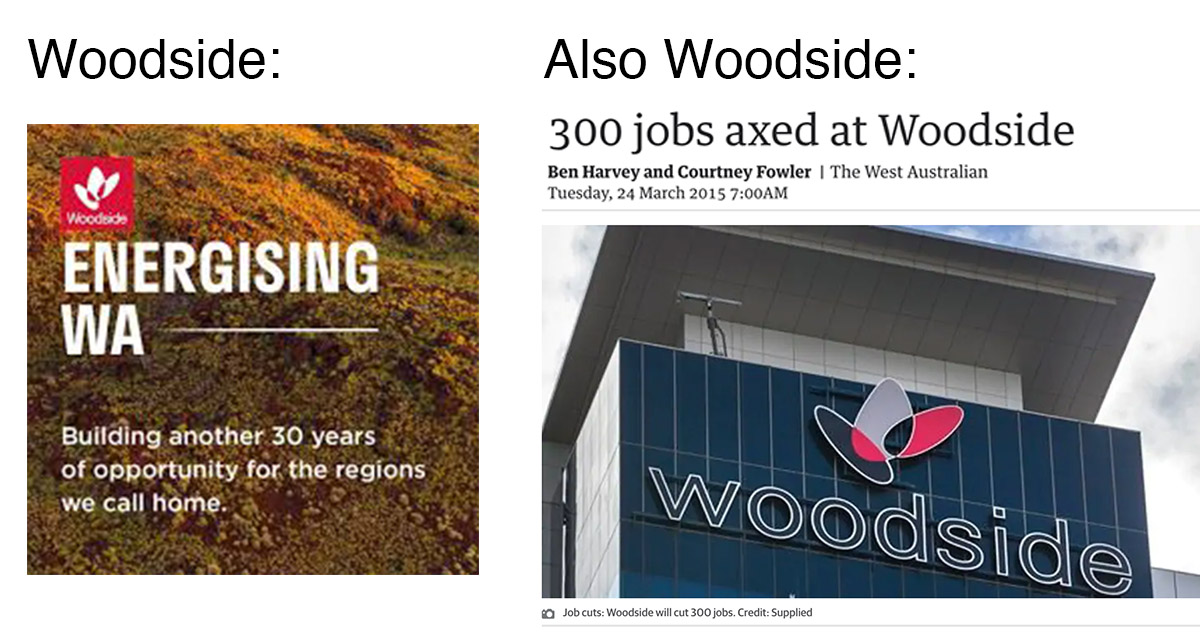 It now seems increasingly likely that if Woodside’s $50bn Burrup Hub mega gas project goes ahead it will become an expensive stranded asset as gas prices remain uncompetitive as the world shifts towards cheap renewable energy.

While Woodside and other gas giants are busy laying off workers without pay, it’s worth highlighting the other ways these companies give very little back to the community. Most LNG projects in WA have paid no royalties to date for the gas they are exporting and contribute very little tax when compared with the enormous profits they have been reporting to shareholders. Figures from the Australian Taxation Office show that in the 2017-18 financial year Woodside paid just $492.7 million tax on an income of $10.3 billion, an effective income tax rate of only 4.8%.

Having paid next to zero tax and royalties while making billions from our resource, we’re also expecting the gas industry to be asking for government assistance - in the form of more subsidies or handouts - to keep them afloat. 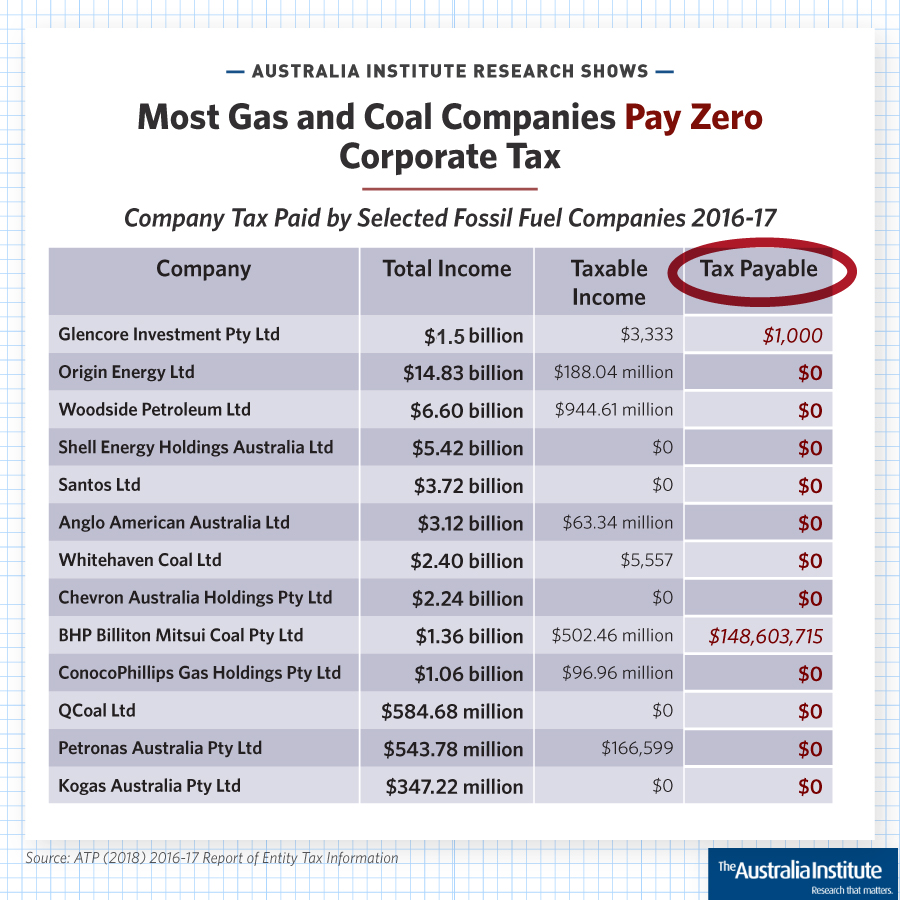 To make matters worse, Woodside’s Burrup Hub comes with an AU$17.6bn pollution bill making it Australia’s dirtiest fossil fuel project and completely at odds with Woodside’s own commitments to net zero emissions by 2050. Over its proposed 50-year lifetime the Burrup Hub project would release over 6 billion tons of carbon pollution, equivalent to 11x Australia’s annual emissions.

Woodside has not committed to any significant abatement measures or carbon offsetting to deal with this massive volume of carbon pollution, which will have the effect of transferring the cost of reducing these emissions to other parts of the WA economy.

Investors and WA taxpayers can simply not afford to allow Woodside’s Burrup Hub plans to proceed. Woodside has now shown they lack a long-term commitment to workers and our climate. Gas is dirty, expensive to produce and the $AU50bn capital investment is too risky at a time when fossil fuels are in structural decline and the gas price is so low.

Instead, Woodside and our state government should be moving to clean energy solutions and a billion-dollar investment program that can unlock thousands of clean jobs in energy and manufacturing with economic opportunity for regional Australia through carbon offset programs like carbon farming, forest management and Aboriginal Ranger programs to protect our natural carbon stores.

We are facing uncertain times but keeping fossil fuels in the ground and supporting energy sector workers and regional communities to transition to a low carbon economy are responsible and safe investment decisions.

We encourage you to send a copy of our Burrup Hub pollution report to your MP. Our report details every issue with the Burrup Hub from how the project will be the most polluting project ever to be developed in Australia, to Woodside’s dangerous plans for 54 drill wells to extract oil and gas from beneath the pristine Scott Reef off the Kimberley coast.