The mineral resources and mining industries in Western Australia are undoubtedly some of the most globally advanced, however their future in our state is dependent on significant changes being made to the way they operate. The Paris Agreement’s objective of keeping global warming below 2˚C is only possible if the majority of fossil fuel reserves remain untouched, and a shift is made to renewable energy resources. 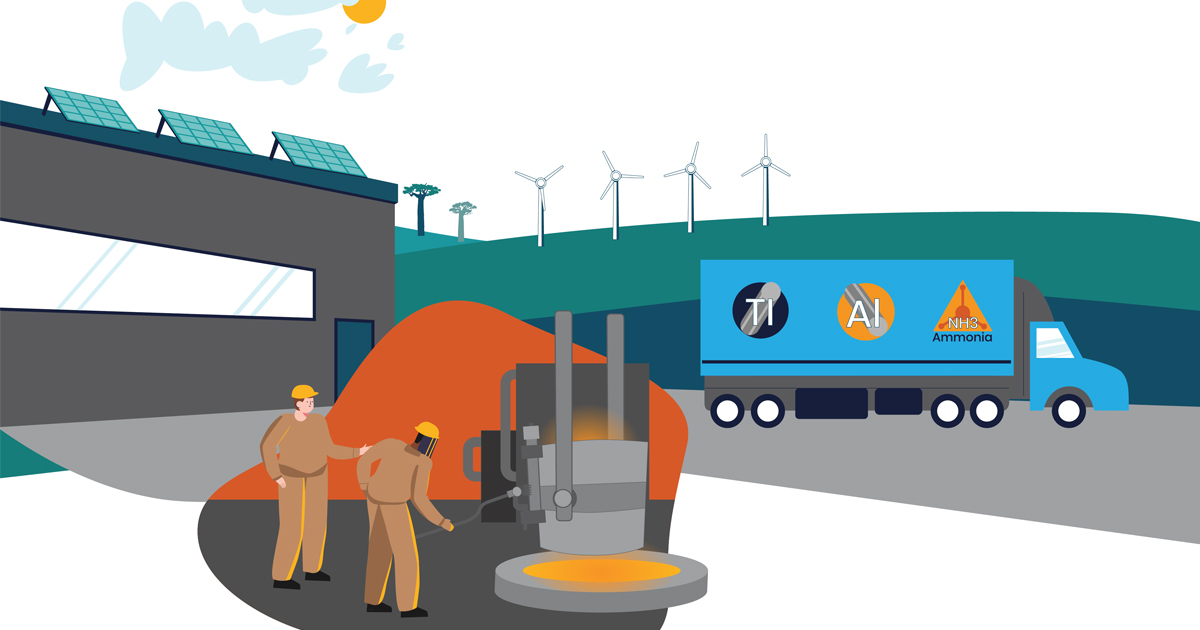 The transition to renewable energy comes with an increased demand for metal. Wind turbines are constructed of a steel tower; cobalt and neodymium magnets; and copper wiring. Silicon and ten other metals are required to manufacture solar panels. Lithium, titanium, copper, steel, nickel, aluminium, cobalt and manganese are all required to create lithium-ion batteries to power electric vehicles.

Of total greenhouse gas emissions worldwide, 9% can be attributed to metal production, and this number is due to increase as the global demand for metal rises.

There is immense opportunity for economic growth in Western Australia by effectively combining our natural mineral reserves, advanced mining capabilities and renewable resources. This involves decarbonising the mineral and mining industries in WA, and shifting the focus to enhancing the mineral processing and manufacturing industries. Western Australia’s mining and mineral industries currently function under a ‘dig and ship’ model, missing the opportunity to operate under a ‘dig-process-manufacture-deliver’ system, topped off with a recycling process to create a circular model.

In 2017-18, 85% of Western Australia’s exports were the ores of metals including lithium, aluminium and steel, accounting for $109.6 billion of exports. The adoption of a Green Metals Strategy, as proposed in Clean State’s Jobs Plan, would increase revenue, boost employment and reduce emissions of one of Western Australia’s highest emitting industries.

A shift in the mining and mineral resources industry requires significant planning processes to account for the current employment within these industries. The Collie community in Western Australia are currently supported by coal mining and coal-fired power generation, with 900 people employed in the industry. The transition to renewable energy will require the development of new facilities in Collie to support the community. Beyond Zero Emissions have developed a report outlining the potential of this transition for the Collie community, and Clean State have used this report to guide a proposal for Collie’s future, where 1,550 jobs would be generated.

Renewable hydrogen or green hydrogen is produced through the process of electrolysis, where an electrical current is passed through water to separate it into oxygen and hydrogen. 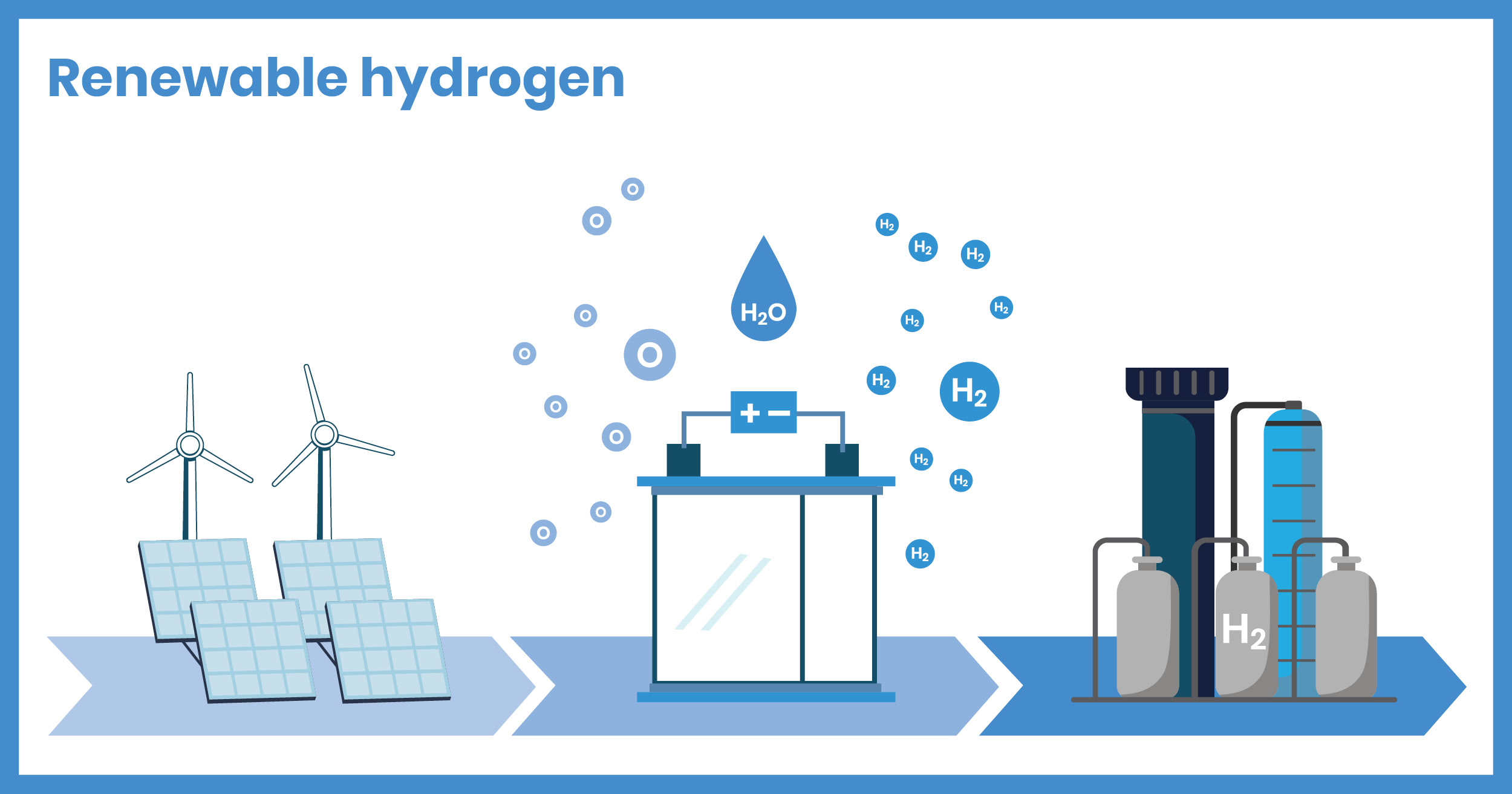 Green hydrogen has numerous applications and potential benefits for the Western Australian economy, including the potential to store the power generated from renewable energy to allow it to be exported overseas to nearby Asian countries. This potential is already being harnessed, with wind and solar developments in the Pilbara and Kalbarri, working to supply low-cost green carbon to overseas markets. Green hydrogen also has potential in the industrial sector, available for the manufacturing of fertilisers, electronics, glass and green steel.

Australia has a unique potential to harness the green hydrogen market, with some of the most advanced knowledge on the construction of renewable energy, along with some of the best and most accessible renewable resources found across the globe.

Collie has its own unique opportunity to harness Western Australia’s green hydrogen potential. Along with reliable electricity transmission facilities and a trained workforce, Collie also has access to desalinated water, eliminating the requirement to desalinate on site. A hydrogen plant in Collie would create at least 45 new jobs for Western Australians.

The steel industry is an important starting point in the Green Metal Strategy. Of the 9% of global greenhouse gas emissions that can be attributed to metal production, steel production is responsible for 7%. Australia is currently the largest iron ore exporter in the world. If just 18% of this exported iron ore was processed into steel within Australia (the equivalent size of Japan’s steel industry), revenue would increase by $84 billion. 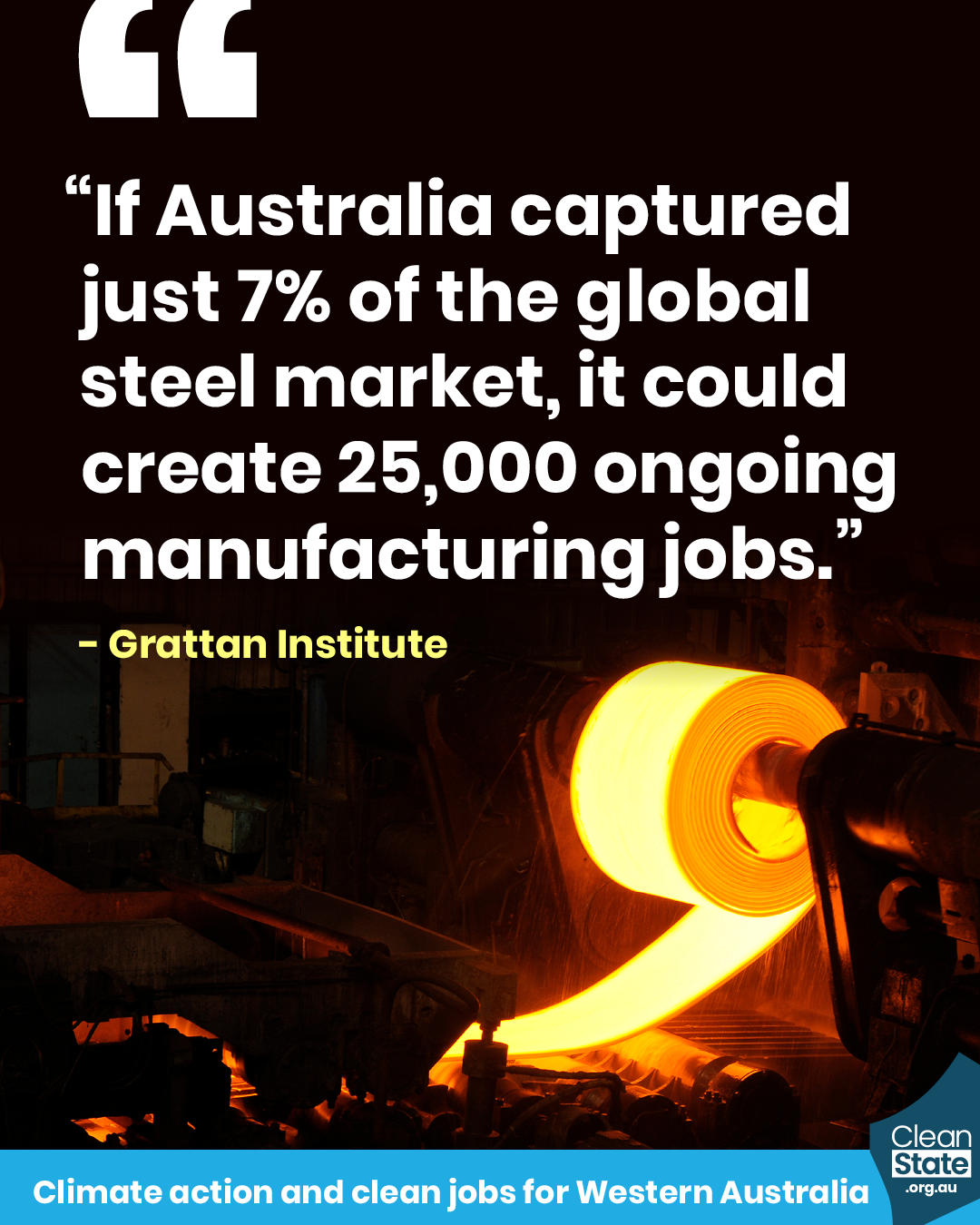 The typical process of utilising iron ore to produce one tonne of steel results 1.82 tonnes of CO2 emissions. These emissions can be reduced to net zero if the manufacturing process is altered, and ore smelting is removed. Electrolysis of hydrogen is a promising method for zero-emission steel production. The use of renewable energy and green hydrogen to manufacture steel results in water being the only by-product of the process.

While 90% of Australia's metal waste is recycled, all of Western Australia’s steel waste is exported overseas to be recycled. The recycling of steel is limitless, as it can be melted down and reused repeatedly. Electric arc furnaces (EAFs) are utilised to turn steel and iron scraps into new products. The Collie region is the ideal place for an EAF to be implemented, with the nearby Bunbury Port, rail links, access to dependable electricity transmission infrastructure and a trained workforce.

The development of a green steel industry in Western Australia, composing of wind-turbine construction and the associated renewable energy at 40 smelters would generate 69,700 permanent jobs by 2050, along with 276,500 construction job opportunities (9,200 per year).

Clean State propose the development of a green aluminium industry in Western Australia, which would generate at least 7,200 permanent jobs at five aluminium smelters by 2030, and 50,400 construction job opportunities over ten years.

Lithium-ion batteries are becoming increasingly sought-after, particularly on account of their role in electric vehicles. Most of the world’s lithium is mined in Western Australia, but the opportunity to recycle lithium waste is being overlooked. By 2036, Australia has the potential to gain $813 million to $3 billion worth of resources if lithium waste is recycled on our shores, rather than exported overseas. There are companies pursuing this opportunity in Kwinana and the South West through the development of lithium plants, with the potential to be powered by renewable resources. 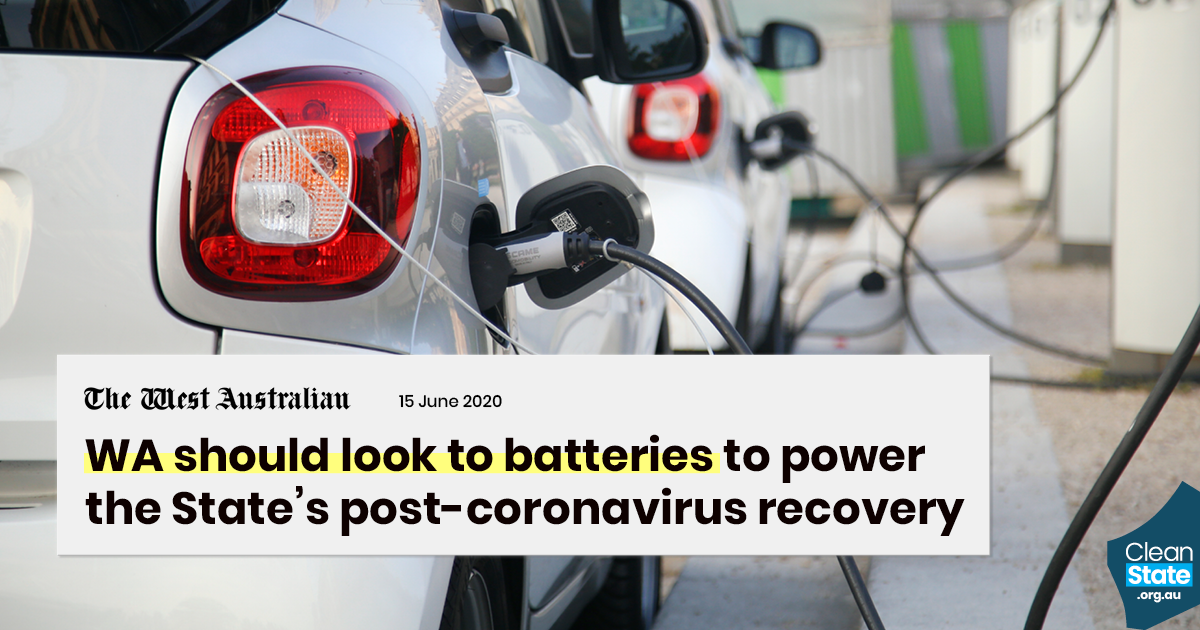 Additionally, the Western Australian company Element 25 are engaging in the opportunity to utilise renewable energy for metal production, proposing a new WA manganese mine that will be run with 90% renewable energy.

Western Australia has a unique opportunity to initiate the use of renewable energy and new technology across the mineral, mining and manufacturing industries. Collie is an ideal location for many of these changes to be implemented, generating more than 1,550 employment opportunities for the region. Embracing our world-class renewable energy resources will generate huge environmental and employment benefits. It is time for Western Australia to plug-in to our green metal potential.

A housing essential for every home