The welcome news that Western Australia’s ‘two-tier’ Karri forest will be given a 12-month reprieve from logging provides a reminder that the protection of native forests can help tackle climate change and create new sustainable jobs as part of a Clean State future for Western Australia.

As native forest grows, the trees and plants that make up these ecosystems continue to remove carbon from the atmosphere and store it in wood and soils. The older the forests are and the more mature the biodiversity, the more carbon they store and the more resilient these carbon stores are. However, when native forests are logged or repeatedly burned, much of this stored carbon is released into the atmosphere and the capacity of the forests to help tackle climate change is reduced significantly over time.

While Western Australia’s existing native forest logging industry employs few people and returns losses to the WA taxpayer, managing the forest for carbon storage and other complementary industries can create new jobs and a significant and sustainable and source of prosperity for the Southwest.

Carbon farming is a name given to a number of emerging land management practices that result in carbon being removed from the atmosphere and stored in soils and plants. Where these gains can be demonstrated to be permanent, verifiable and additional to business-as-usual, carbon farming can be used to generate saleable ‘carbon credits’.

Examples of carbon farming that are approved for Australian Carbon Credit Units (ACCU’s) include tree planting and revegetation of cleared agricultural land, and the regeneration of grazing land by improved management and reducing stocking rates. However, there is currently no approved methodology for generating carbon credits from the protection of native forests in Western Australia’s southwest. This is a huge missed opportunity given the Southwest forests have the potential to remove and store vastly more carbon per hectare than other vegetation types.

Protection and management of WA’s southwest forests for carbon credits and biodiversity have the potential to provide a significant source of employment. Management of the forests to protect and enhance the stored carbon would involve a number of new activities from fire suppression to research. But just as exciting is the opportunity for these areas to be used for complimentary purposes that also provide employment.

Independent research by Reputex Energy commissioned for the Clean State project has found that carbon farming industries in Western Australia can create between 9 and 12 permanent jobs per million dollars of investment, a higher job density than native forest logging. This excludes the additional jobs that can be created in other complementary industries.

How much carbon could be saved by protecting WA’s native forests?

While it is agreed that the carbon storage potential of Southwest forests is significant, government’s have so far been unwilling to support research in this area.

Three carbon price scenarios were used to estimate the potential value of the Kyoto ACCUs generated by the project: a low, medium (Clean Energy Future) and high price path. On the basis of these price paths, and assuming a 5% deduction is made to account for leakage, the annual value was assessed at between $16 million and $438 million per annum (2013 A$), with the net present value estimated at between $376 million and $3,348 million (2013 A$) using a social time preference rate of 2.7%. (Carbon Credits from Western Australia’s multiple-use public native forests: a first pass assessment, Andrew Macintosh,  ANU Centre for Climate Law and Policy 2012)

Based on these assessments and the job densities created in other types of carbon farming, it is reasonable to assume that the protection of Southwest forests for carbon and biodiversity could deliver up to 5,000 new, sustainable jobs in the Southwest, not including new jobs that would be created in other complementary industries.

Clearly there is a huge potential for Western Australian communities, our economy, and the global climate to benefit from the permanent protection of our beautiful and biodiverse native forests here in WA. 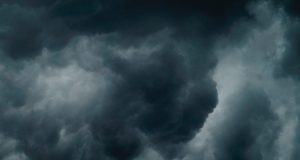 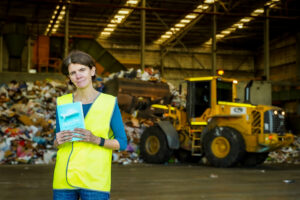 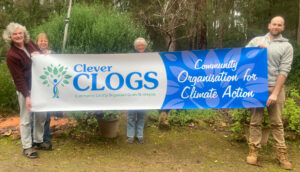