We Support a Clean Jobs Plan for WA

We Support a Clean Jobs Plan for WA

Add your name to the growing list of businesses and civil society groups supporting this open letter using the form below.

More than ever before, we have an opportunity to invest in a sustainable future for WA

There has never been a more important time for Western Australia to have a plan for jobs. The impact of the COVID-19 pandemic has been significant and is likely to be felt across our community for years to come. To reboot our economy, and build back better, we need to have a plan. A plan that puts people and the planet at the centre.

On a global scale, we have entered the critical decade for addressing climate change, and WA has a vital role to play. WA can benefit significantly from the transition to a zero-carbon future. Through taking action on climate change we can deliver thousands of sustainable jobs in clean industries for WA. And the good news is that West Australians already have the skills, expertise, and resources to make it happen.

The economic case for a low-carbon stimulus and ‘building back better’ is overwhelming.  Research shows that far more jobs are created in low carbon industries than fossil fuel-based areas for each dollar invested (Figure 1). 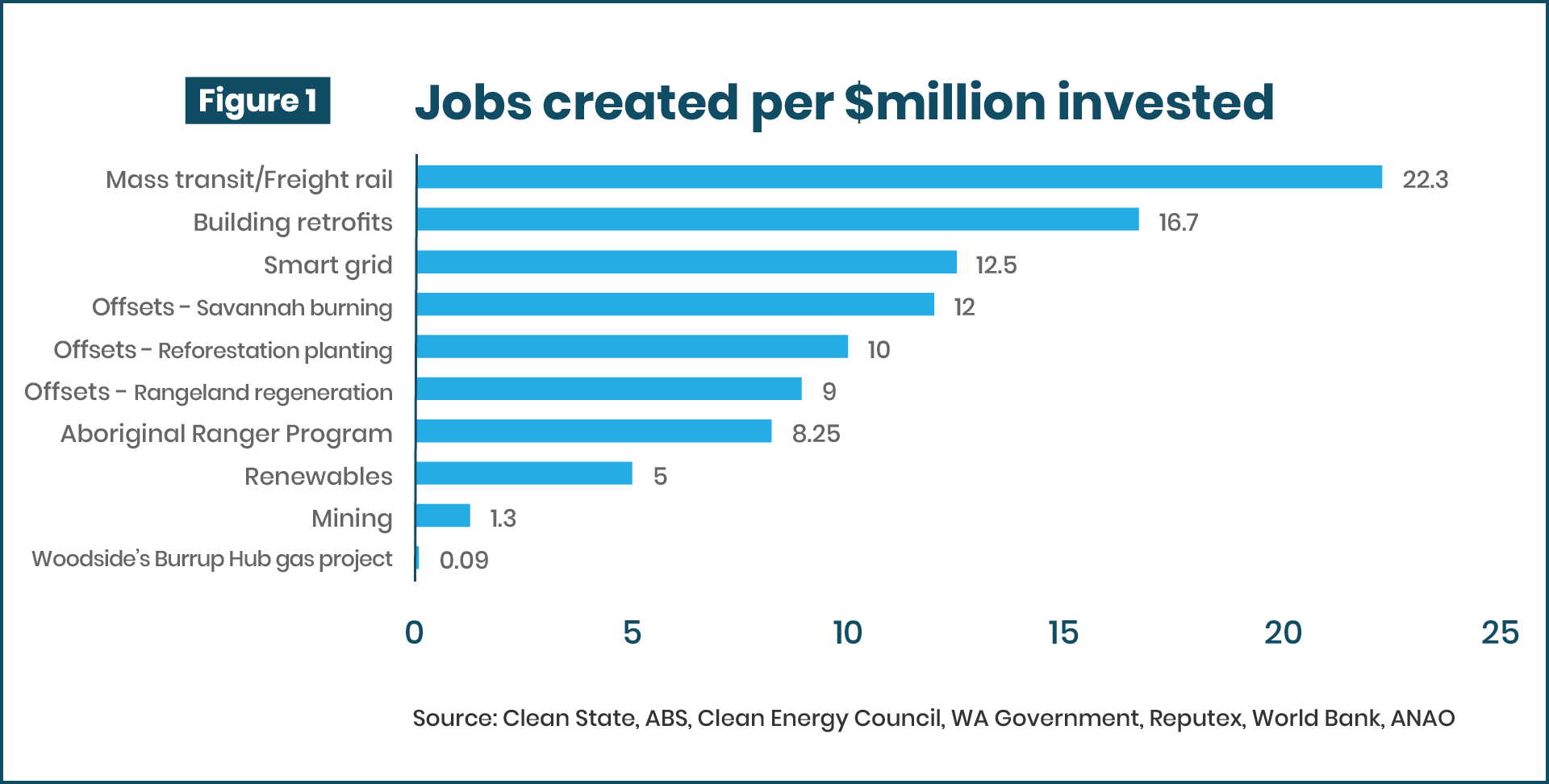 West Australians know that our future lies in clean jobs not polluting industries like fossil gas and the time has come for a job recovery plan that takes care of local communities and the places we love.

The Clean State Jobs Plan sets out an ambitious program of action on climate change that will create 200,000 jobs. Together these initiatives will create thousands of new jobs across many business sectors, drive down climate pollution, and make WA a fairer, safer and cleaner place to live and work.

On behalf of our supporters we urge you to include the following priorities in your stimulus and recovery plans:

If our response uses this once in a lifetime opportunity to tackle the health, economic, and climate crisis together, we can kickstart WA’s economy with thousands of clean jobs that take care of families and our climate.

Join with businesses and civil society groups from across Western Australia in supporting this letter's call for the 2020-21 WA State Budget to prioritize jobs and packages consistent with a zero-carbon future.

These businesses & organisations have signed the open letter