Woodside collided spectacularly with shareholders at their AGM yesterday over plans to proceed with the most polluting fossil fuel project in Australia according to a WA-based organisation advocating for clean jobs and action on climate change.

A second resolution raising concerns about the company’s lobbying efforts against action on climate change was supported by just under 50% of shareholders.

Clean State spokesperson Chantal Caruso said the AGM showed Woodside’s strategy of gaslighting Australians on climate change while relying on Australian governments and taxpayers to pick up its pollution bill is not supported by a majority of the company’s own shareholders.

“Woodside is locking themselves and their shareholders into one of the most expensive and polluting fossil fuel projects on Earth at a time when the smart money is turning towards cheaper, cleaner and more job-rich alternatives,” she said. 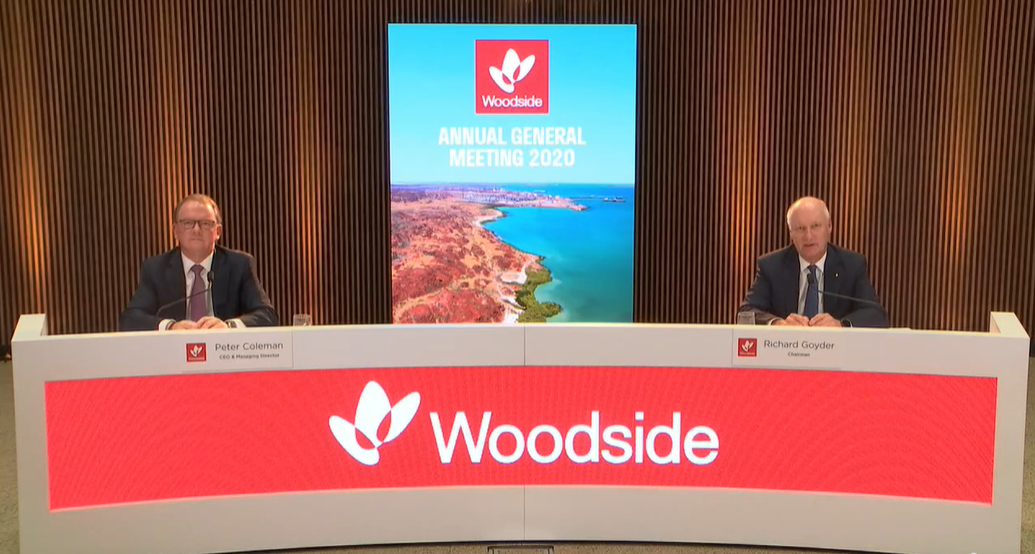 “The company has admitted to shareholders it has no intention of aligning its strategy with the goals of the Paris Agreement and no real evidence to support their claims on gas replacing coal.

Under pressure from sustained shareholder questioning over Woodside’s strategy on climate change, CEO Peter Coleman said that the company would not align its strategy with the 1.5-degree temperature goal established under the Paris Agreement, calling this an ‘extreme’ scenario despite other fossil fuel companies including Woodside’s joint venture partners making such commitments.

Mr Coleman repeated the claim that Woodside’s gas was displacing the use of coal, but admitted the company did not track its customer’s use of coal and did not know whether gas exported to its customers actually led to reduced coal usage.

Ms Caruso said Woodside continues to resist efforts by shareholders trying to find out the truth about their carbon pollution, and they have made it clear that the company’s plan is to continue to resist and lobby against action on climate change by governments.

“Woodside has admitted it has no plan B for creating shareholder value other than the Burrup Hub Project, the most polluting project ever to be proposed in Australia, with the lowest levels of employment of any sector.

“It is clear that Woodside has no answers on climate change. Its plan is to use its lobbying power to continue blocking action by governments while resisting disclosure on emissions. Clearly, this is a high-risk company to invest in.

“Independent research shows that the pollution from its Burrup Hub LNG projects will cost Australian taxpayers over $17billion.”

Helping Your Community Through a Pandemic