Media Statement: Bright Sparks’ plan to save WA schools up to $300,000 a year each in power costs and create more than 4,000 new jobs

Western Australia’s leading clean jobs think tank has launched a plan to save WA schools millions of dollars while creating thousands of new jobs and cutting carbon emissions by 130,000 tonnes each year. 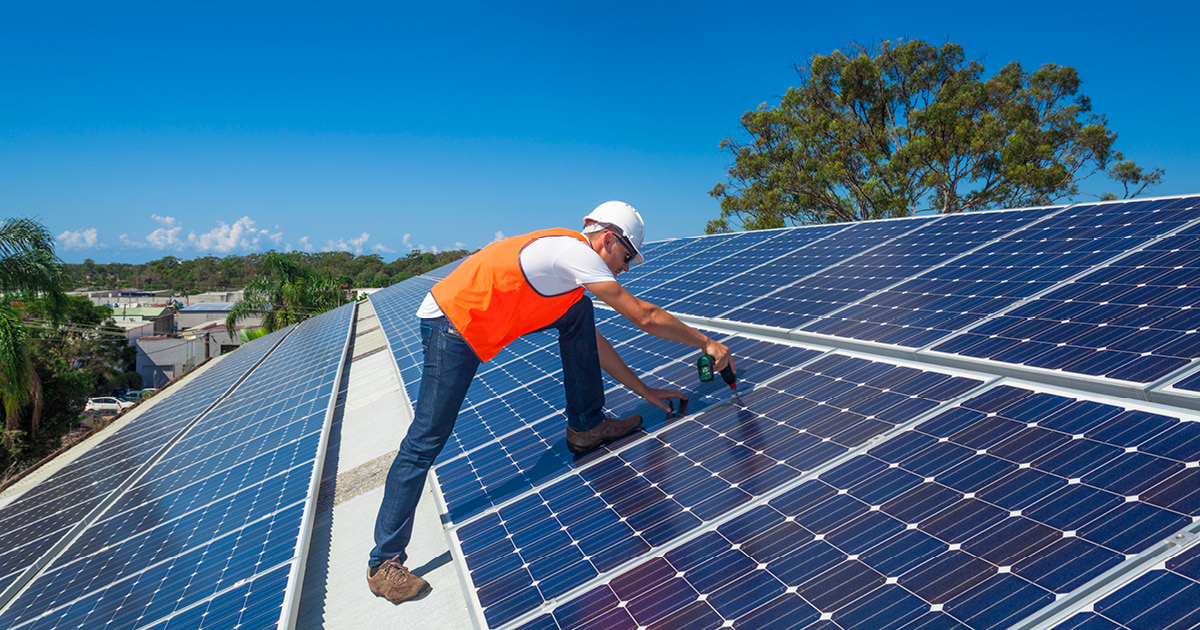 The project would also create 4,015 new jobs in installation, energy audits and administration.

Clean State director of research and policy Chantal Caruso said that for many schools the savings would be immense, freeing up funding to direct into education and support resources.

“In some of our state’s hotter regions schools are spending $1million a year, each, on electricity.

“Bright Sparks would strategically target early investment at schools with the highest energy bills, such as those in the north of WA who need to run air conditioning continuously, and where community batteries provide the greatest benefits. The sooner those schools get their power bills down, the better for the students, the staff and the communities they live in.

“Our Bright Sparks initiative would begin with an energy and resource efficiency program that engages the whole school to audit their energy, water and waste consumption to calculate and track the carbon footprint of their school and implement low or zero cost measures.

“A state-wide rollout to install rooftop solar and batteries to every public school through a ‘revolving energy fund’ would deliver huge savings in school power bills and significant cuts to carbon emissions in WA.

“For smaller state schools, of around 1,000 students, a 100kw would power their operations and save up to $30,000 every year. With a conservative estimated average saving of $20,000 per school, $17.4 million would be saved every year across WA. That’s $435 million in savings over the lifetime of the solar panels.

“And if each of the 870 public schools in WA had 100kw solar power systems, we would save 130,000 tonnes of greenhouse gas emissions every year. The long-term financial and environmental savings are enormous – and the initiative delivers thousands of new jobs at a time when there is a dire need for more employment opportunities in our state.”

Ms Caruso noted that elsewhere in Australia, schools are “powering ahead” of WA in terms of energy measures.

“At the recent Energy Minister’s forum, the ACT Minister for Energy, Shane Rattenbury, said all ACT schools have effective solar panels and the next step was providing batteries for energy storage.

“In May, the ACT government announced a $100,000 project to install 40-kilowatt batteries at two schools as the first step to all ACT schools being able to store solar-generated power for later use in peak demand periods.”

In collaboration with industry experts from a range of sectors, Clean State has produced a comprehensive jobs stimulus package of 26 initiatives to create over 238,000 jobs in Western Australia, while also cutting carbon emissions and delivering much-needed infrastructure. 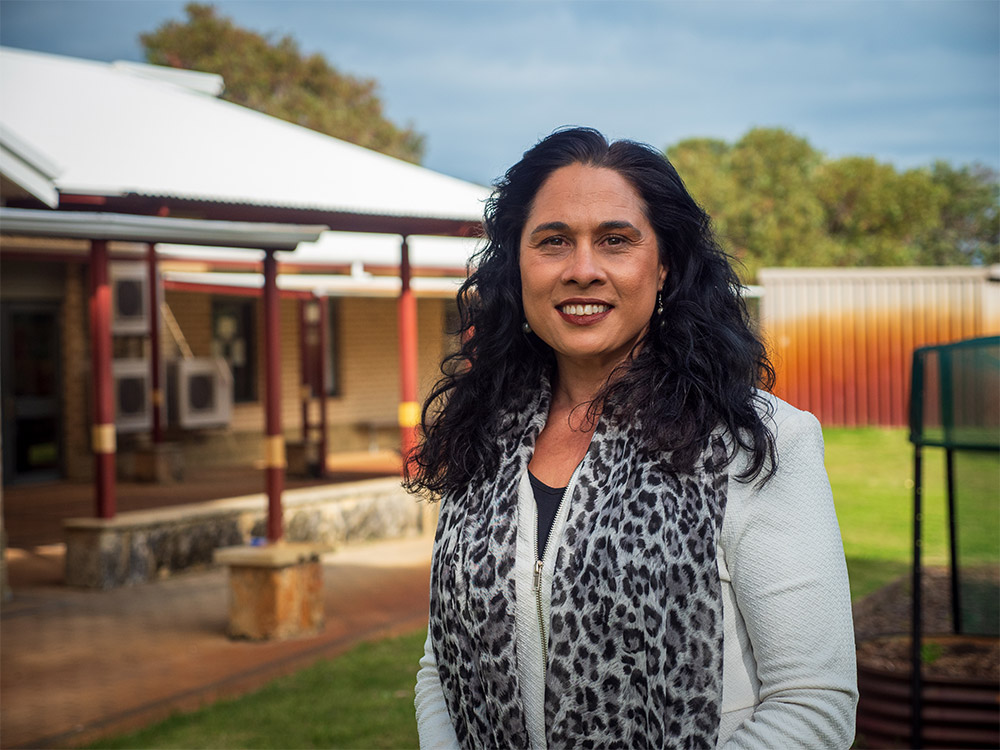 “From an economic point of view we can save $30,000 a year, which could go into extra education aides and more resources for the school. From an environmental point of view reducing emissions through solar power would be ideal, as our goal is to be carbon neutral,” she said.

“It would also be of great value to the community, we could employ more people with the money we save… I also think it would be inspiring for the students to see that they, we as a community, are making a difference through reducing our carbon footprint.”

Ms O’Donovan said the project would be a “game changer” for the entire state.

“If every school had solar panels it would be a game changer, from an economic and carbon emissions point of view. It would also be about changing the habits of the next generation, looking at best practice for the future.

“We have reduced our emissions without solar panels but we have only made a dent. The set-up costs of the solar panels would definitely be offset by the savings we would make, it’s a win-win for everyone.”

“Schools are perfectly placed for solar, we use our energy during the day… If we have storage capacity then at night and on school holidays we could supply power to the community,” she said.

The school is in a partnership with NGO Climate Clever that promotes energy efficiency and also collects and analyses data, showing the students the impact their actions are having. 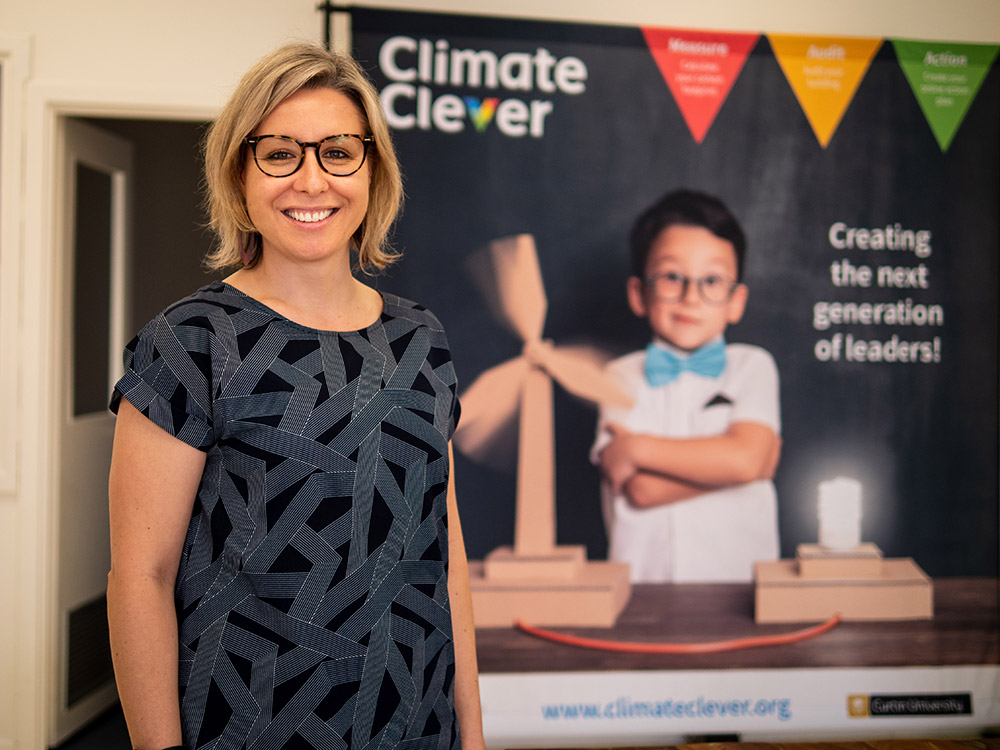 Dr Vanessa Rauland from Climate Clever said a recent report from the Australian Sustainable Built Environment Council identified the education sector as having “some of the most cost-effective carbon abatement opportunities in the built environment”.

“Education buildings are often ageing and energy inefficient, as they have not had the programs or investment in efficiency upgrades you see in the private sector… There are huge opportunities to reduce costs and carbon emissions in schools.”

Dr Rauland said many schools have some solar panels but they are often small, out-dated systems, some are not even connected, and others have broken inverters.

“Several years ago the Department of Education changed its approach to schools budgets… now money saved on utilities bills by schools can be kept by the school and reinvested in educational resources and other, more important things.

“Schools are a perfect candidate for solar. They can feed into the community energy needs as well. Putting solar in schools just makes so much sense, and doing that across the state is a brilliant idea. There are huge opportunities for employment as well,” she said.