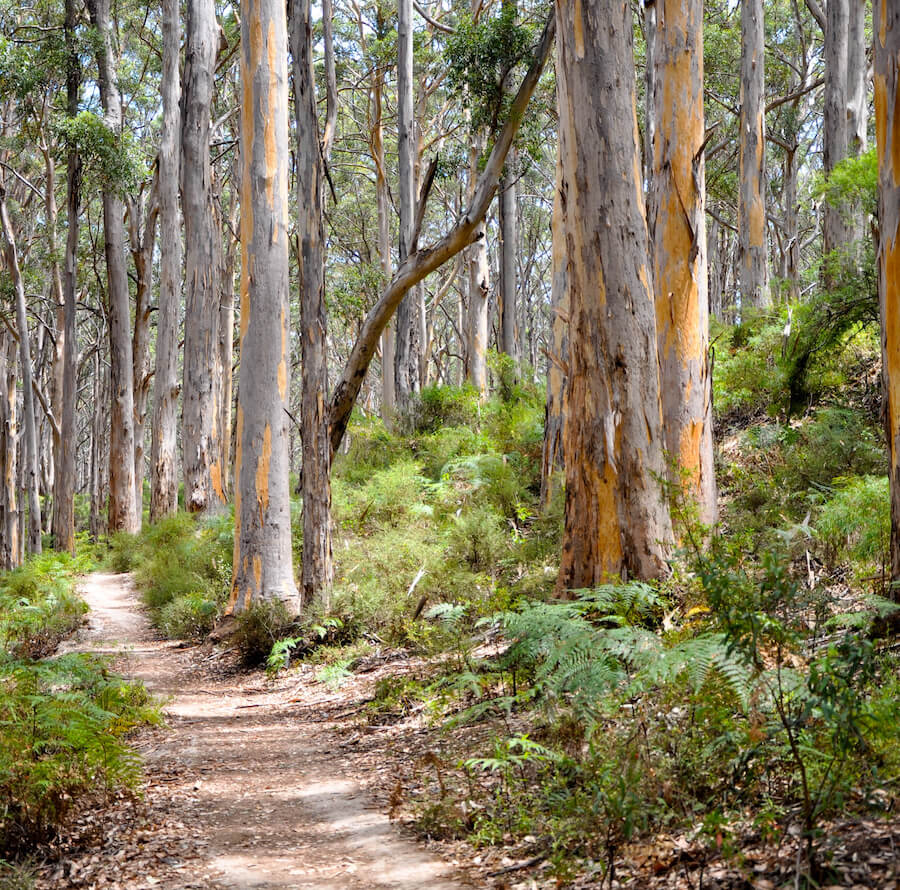 Permanently protect natural carbon stores in WA’s forests and other ecosystems, and rapidly transition away from native forest logging and clearing.

According to the IPCC, reducing deforestation and forest degradation is one of the most effective options for climate change mitigation. Western Australia can play a significant role in reducing global warming by protecting and restoring our extraordinarily carbon dense and biodiverse forests. WA’s forests, especially our wet eucalypts store more carbon than the Amazon or Congo. Yet our forests continue to be threatened by unsustainable and unprofitable logging and clearing.

Investigations by the WA Forest Alliance (WAFA) have shown the vast majority of logs sold from native forests each year in WA (85 per cent) become paper, fuel-wood and sawdust, which quickly release their carbon to the atmosphere. Forest conservation is critical in our efforts to prevent catastrophic climate change, and protection and regeneration is needed to prevent further impacts to our forest from a warming climate.

Native vegetation has already been cleared below safe ecological limits on some areas of WA, especially the Wheatbelt and parts of the Swan Coastal Plan and South Coast. Western Australia continues today to have one of the highest rates of land clearing and deforestation in the country. Research compiled by Clean State shows that between 1990–2017, over 1.1 million ha of primary and secondary forest has been cleared. There’s been little progress since 2009 in reserving land for conservation and land clearing is the single largest threat to biodiversity, and we now have 672 threatened species, and 66 threatened ecological communities in Western Australia. WA’s climate policy should protect native vegetation and urban bushland from inappropriate clearing and habitat fragmentation, introduce permanent protection of the Bush Forever sites along the Swan Coastal Plain, and implement all 10 recommendations of the Auditor General’s scathing 2009 and 2017 reports on WA’s biodiversity loss.