Ride to Recovery, with Streets for People co-founder Shannon Leigh

Shannon Leigh is co-founder and Director of Streets for People, and previously an award-winning urban and transport planner at the Department of Transport and later Curtin University. Investment in active transport is one of the most jobs-rich, climate-friendly stimulus measures available. And given cost blow-outs in public health, climate related damage, and car dominated infrastructure, it’s another vital transition more of us are after – especially in the wake of the tripling of cycling in Perth since COVID-19.

On that alone, WA’s former Auditor General, Colin Murphy, said that “It is hard to think of an activity with more benefits than cycling, for cyclists and for the wider community.” So to talk more about an active transport vision for WA, Shannon takes us to one of her favourite shared pathways by the Swan River. 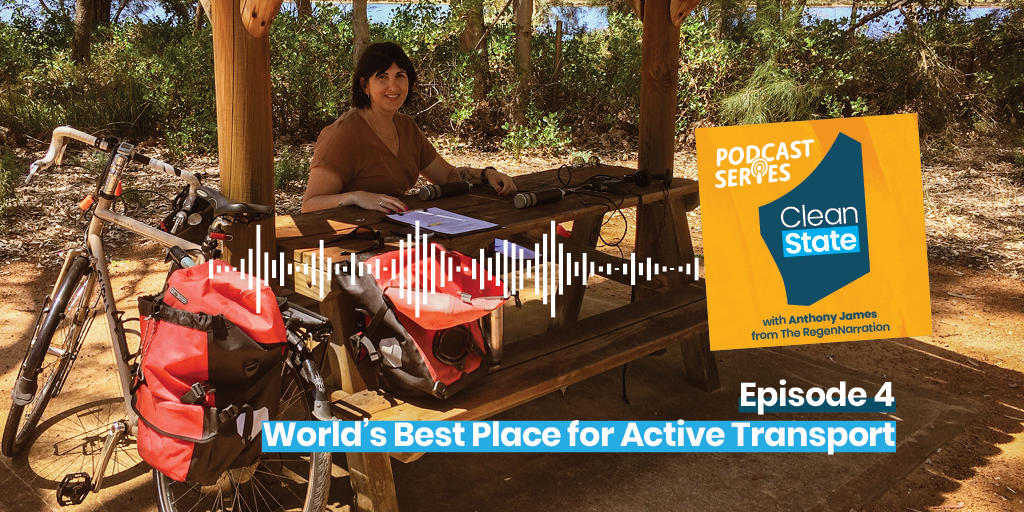 The Clean State WA podcast is produced and hosted by Anthony James, Perth-based creator of The RegenNarration podcast. For more stories of regeneration around WA, Australia and the world, tune into The RegenNarration wherever podcasts are found.

Get more:
On Shannon and Streets for People

And check out the Clean State WA website, where you’ll see more on the Jobs Plan and how you can get involved.

Including on the Ride to Recovery plan that Clean State is advocating for.