New research by Clean State shows the WA LNG industry is responsible for runaway pollution that puts the Paris Agreement in jeopardy and will account for almost half of WA’s total emissions if allowed to expand. 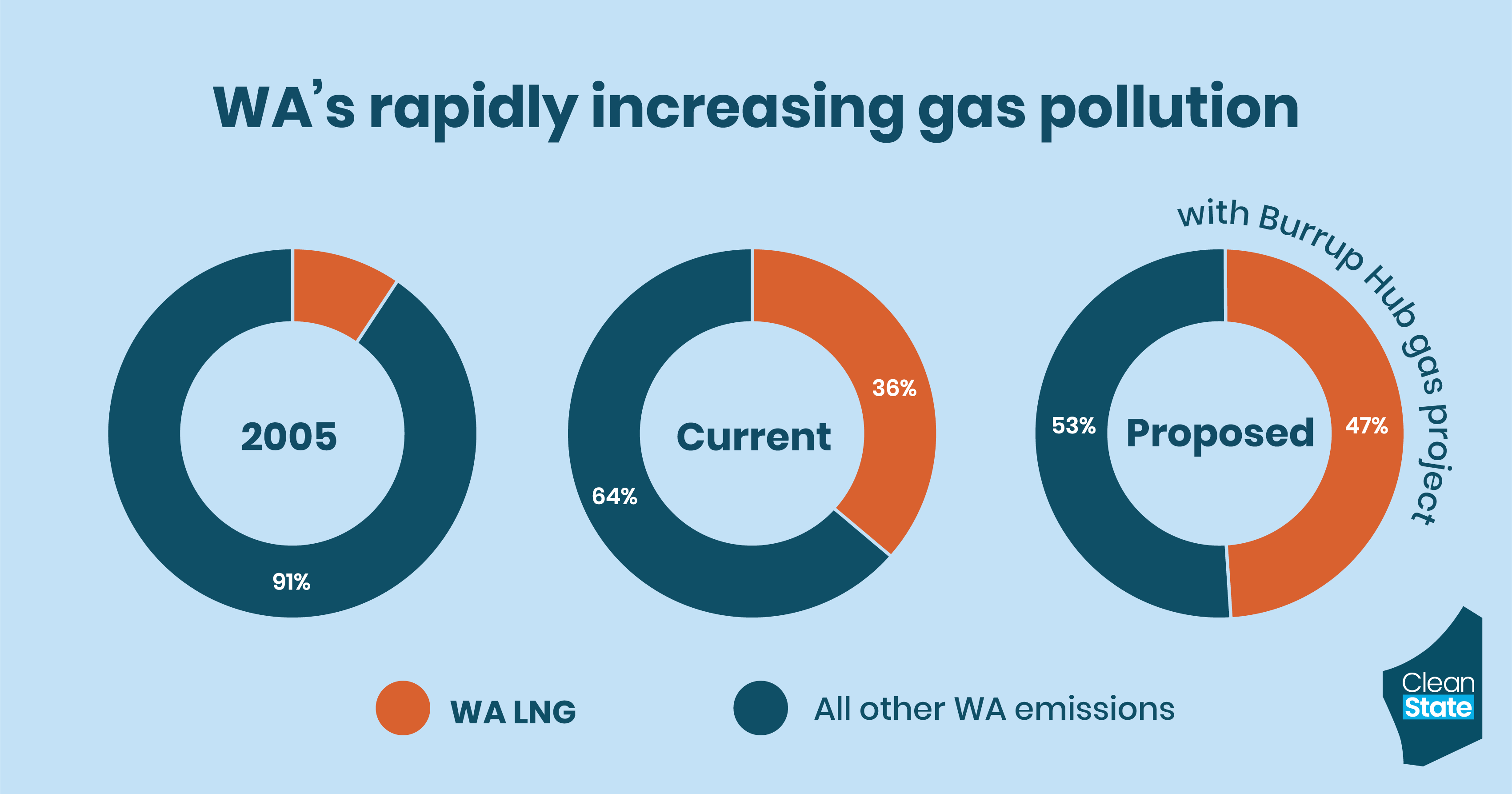 This is the first time a report has investigated the full impact of greenhouse gas emissions from WA Liquefied Natural Gas (LNG). It investigates the domestic pollution generated here in WA from mining and export of LNG (scope 1 emissions), and found just two companies, Chevron and Woodside responsible for the overwhelming majority of runaway pollution that places our Paris commitments in jeopardy.

This report shows that WA Government measures to control and regulate carbon pollution from LNG have been, and remain totally ineffective at constraining pollution growth from the sector. 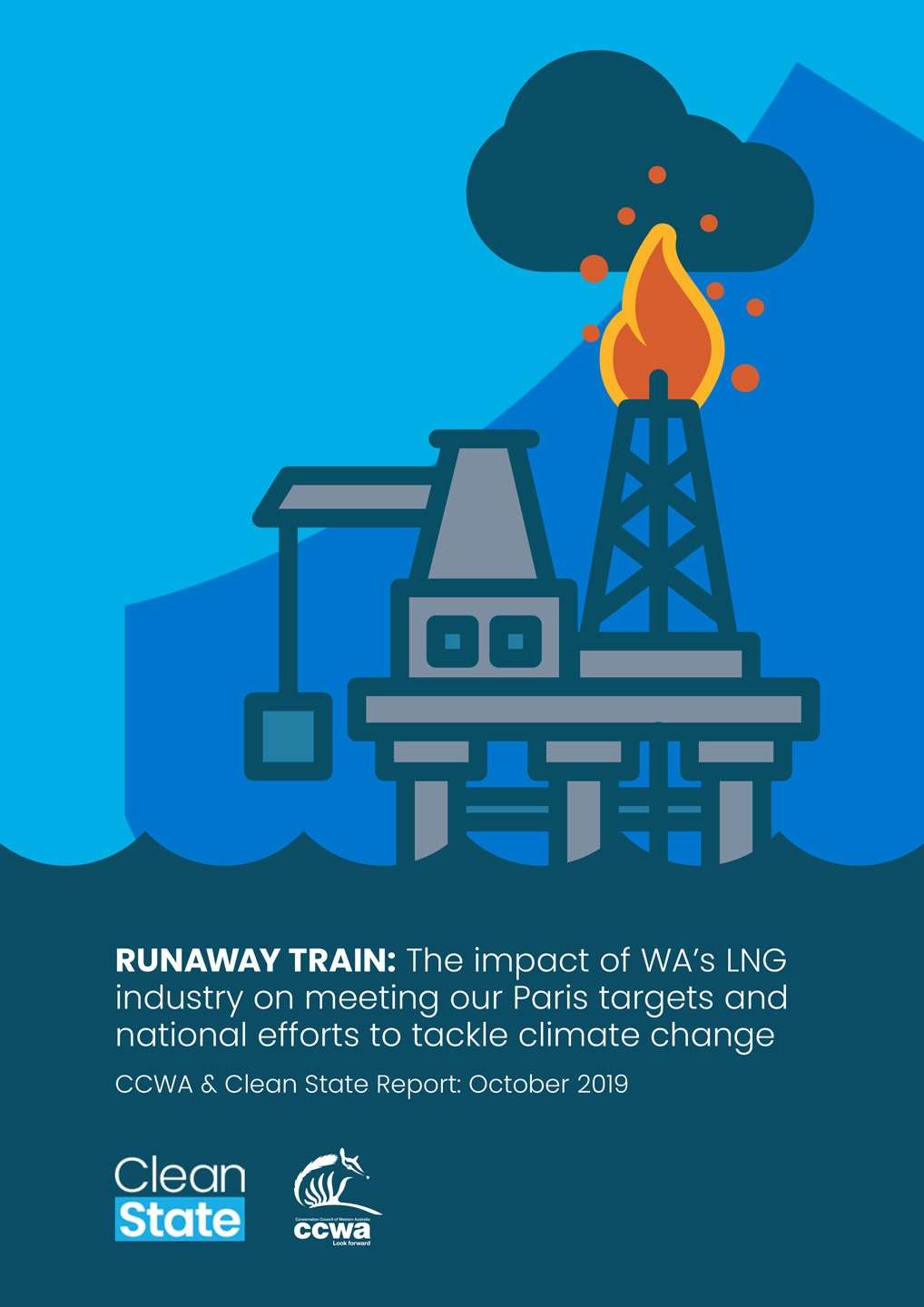