Woodside Energy has plans to drill 54 gas wells in and around the beautiful Scott Reef off the Kimberley coast before piping the gas hundreds of kilometers south to the Burrup Hub onshore LNG processing facility near Karratha.

A part of the internationally significant North West Sea Mounts and teeming with unique and endangered marine life, Scott Reef is one of the most ecologically significant marine environments in the world. Oil and gas drilling and production as part of Woodside's Burrup Hub development would have a devastating effect on this pristine area.

300 kilometres from the Western Australian coast the remote reefs and lagoons covering over 600km2 provide a sanctuary for nesting giant sea turtles, pygmy blue whales, and the extremely rare dwarf sperm whale, huge pods of dolphins and many other species of endangered marine life.

Woodside’s risk models predict that a mixed gas and oil spill would last 77 days, spreading across the reef, and as far as 800km from the site, at concentrations lethal to marine life.

But even without the threat of an oil spill; toxic water discharge, industrial noise, light pollution and heavy shipping operations will disturb, endanger and kill marine life, threaten breeding and nesting for turtles and risk disturbing whale feeding in the area.

Woodside propose to turn Scott Reef from a remote biodiverse coral ecosystem into an industrial seascape.

And its not just the actual drilling that is a cause for concern. The massive carbon emissions from Woodside’s Scott Reef wells will fuel climate change, warming and acidifying the oceans, causing irreparable harm. We cannot allow Woodside to permanently damage Scott Reef, risk killing important habitat and marine life and causing further climate change impacts in the process. 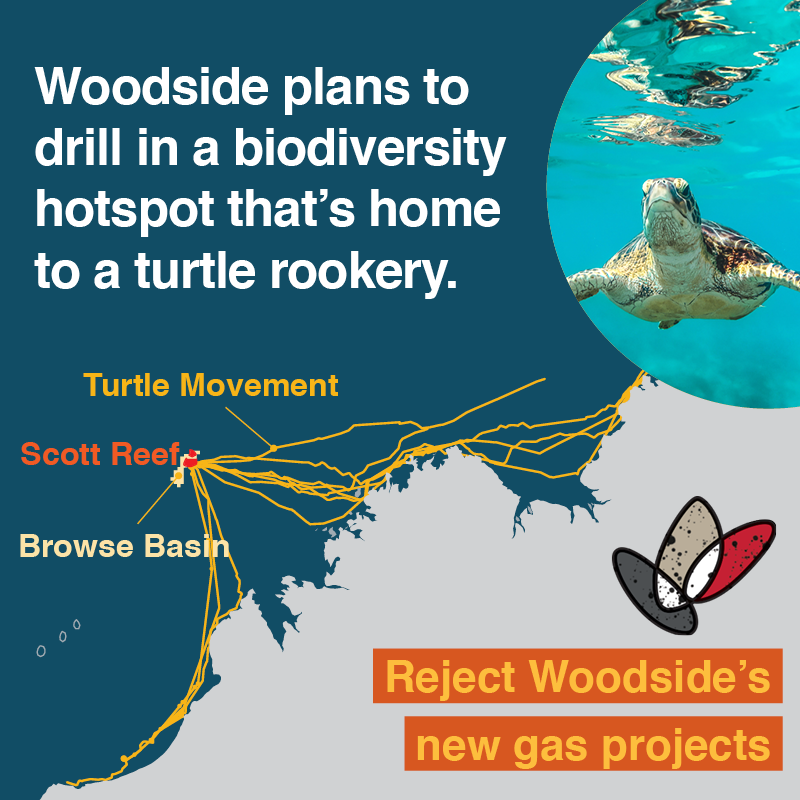 Email you MP our Burrup Hub report on why Woodside's dangerous project should not go ahead and share your concerns about drilling on Scott Reef. Together we can save Scott Reef.

Insulation is an investment that pays for itself

Media Statement: Kimberley plan builds back better, cleaner, and fairer in a step towards a Clean State recovery