The True Cost of Chevron

On Thursday May 21, across the globe people will join together to shine a light on one of the world’s most polluting companies.

Here in Australia, despite making an annual $1.4 billion profit from its Australian arm, the US energy giant announced the sacking of 800 Australian workers in an action it described as “adjusting its business in response to the immediate impact of COVID-19 and a deteriorating business outlook”.

Chevron’s poor treatment of its workers is in keeping with a long tradition of appalling practices across the globe. 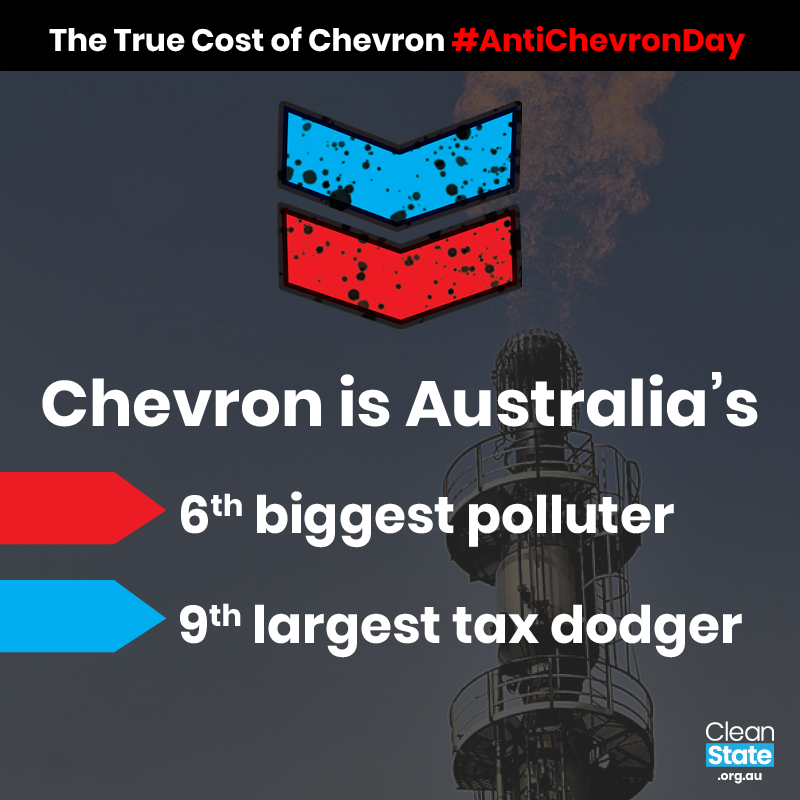 It has been revealed as one of Australia’s most serious tax avoiders. While the company has previously claimed it's Gorgon and Wheatstone LNG projects are making $32 million dollars per day in clear profits, the company pays no tax and no royalties for the gas it exports.

But Chevron’s betrayal of Australian taxpayers gets worse, it actually shifts costs back onto Australians.

By not complying with their conditions for Carbon Capture and Storage on their Gorgon LNG project on Barrow Island in the WA's North-west, they have released tens of millions of tonnes of extra carbon into the atmosphere.

Chevron has also successfully lobbied to remove conditions that would have meant offsetting emissions from their Wheatstone facility. These two actions meant bucket loads of extra pollution and Australian taxpayers picking up Chevron’s carbon pollution bill to the tune of $180 million per year.

Chevron is a key lobbyist against any climate action that might threaten its huge LNG profits ($15,775,777,474 over the past 5 years) and has consequently prevented the creation of thousands of jobs for West Australians in clean renewable industries and offsetting carbon emissions.

Chevron is a major partner in Woodside’s proposed $50 billion Burrup Hub project which, over its 50-year lifetime, will generate over 6 billion tonnes (gigatons) of carbon pollution from gas production, export and combustion overseas.

In keeping with Chevron’s powerful opposition to the creation of thousands of climate action and renewable energy jobs, Burrup Hub’s $50 billion cost, if invested in renewable energy instead, would create around 27,000 new direct jobs, nearly six times more than the short-term Burrup Hub construction jobs.

If you share our commitment to a WA economy based on clean industries and the thousands of jobs that these will create, then join the social media storm this Thursday, May 21 using the hashtags #AntiChevronDay and #TrueCostofChevron

Learn more about Chevron’s immoral activities around the world at truecostofchevron.com