To all Clean State supporters,

Together, we made climate action mainstream this election and can now say with pride that WA has a Minister for Climate Action! 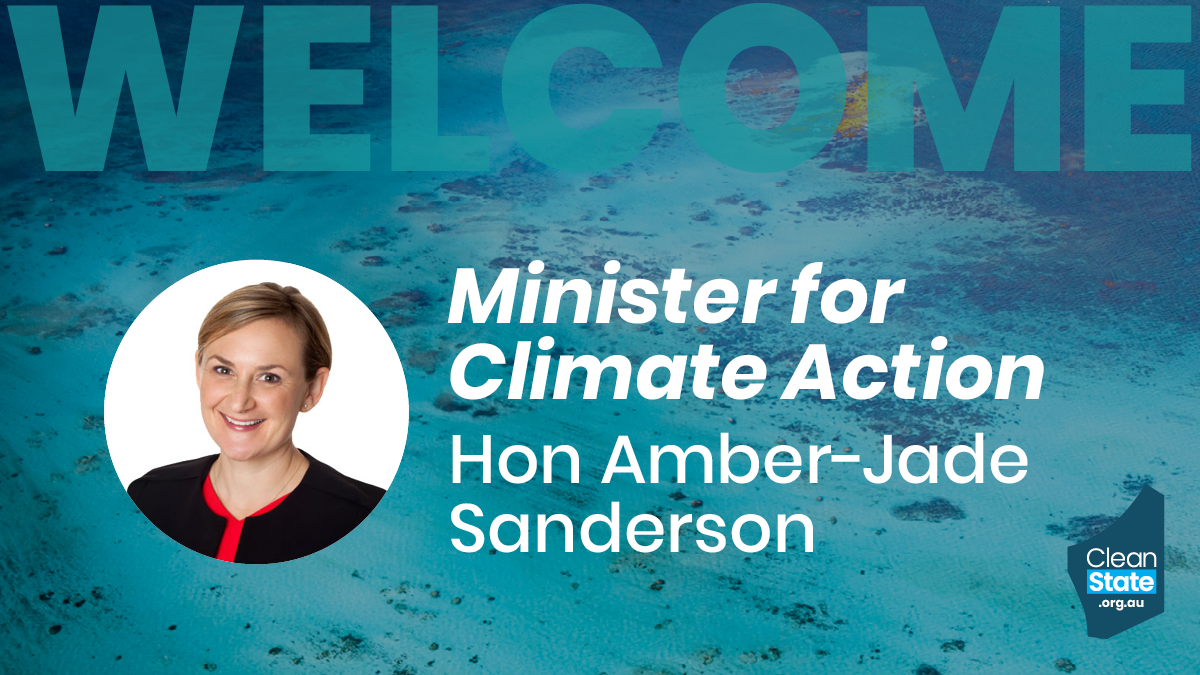 During the past six months, we had countless conversations with voters from across WA. We knocked on hundreds of doors, made thousands of phone calls, held workshops across Perth and regional areas, and presented exciting ideas to create jobs and cut pollution. The message we heard was overwhelming. West Australians want action on climate change! 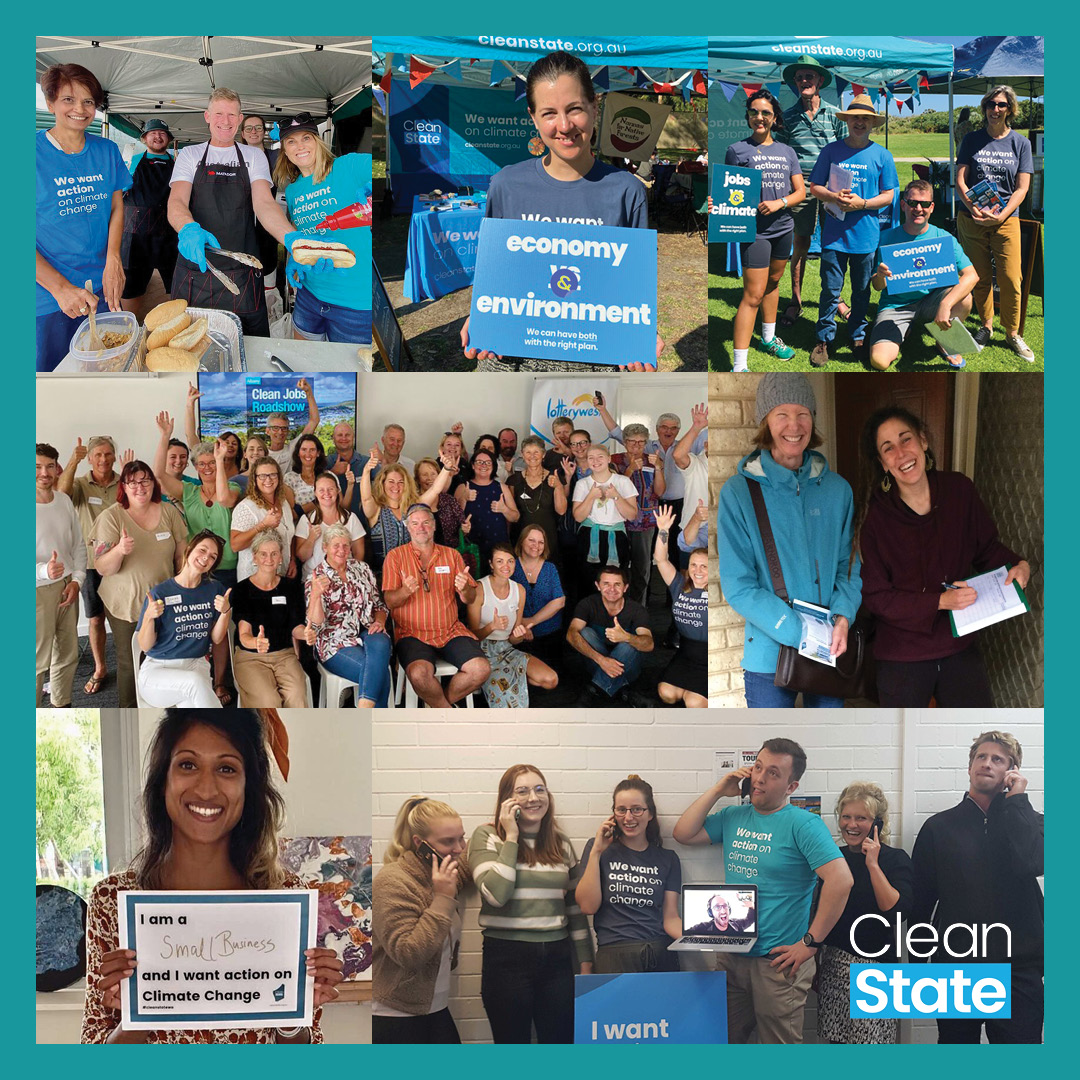 For the first time, every major party contesting the election put forward positive solutions for communities and the climate, showing that we are achieving our goal of making climate change a point of consensus rather than a point of division.

While no party presented a complete and comprehensive policy, each embraced action on climate change in their own way. Their announcements included:

Compared with the last 20 years of climate change being treated as a political football, this is a huge step forward and it could not have happened without your action and involvement.

The incredible support that Mark McGowan received at the election comes with great responsibility. The WA Labor Government must deliver on their climate action commitments and accelerate the renewable energy transition, including no more dirty fossil gas developments. Here's a small snapshot of the spending commitments that respond to the Clean State Jobs Plan: 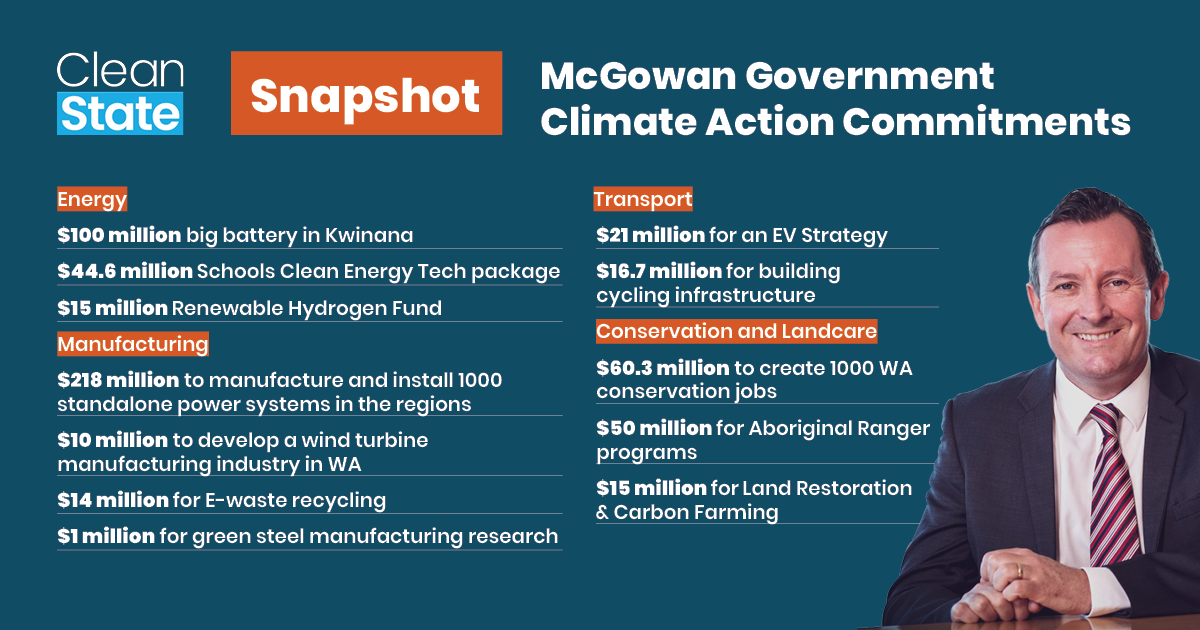 Our state is responsible for more pollution per person than almost any other place on Earth. We have a clear responsibility to local communities and others around the world who are suffering the damage caused by this pollution. But strong action will also deliver new jobs, new industries, cheaper energy, and a fairer future for everyone.

As you know, real action on climate change requires not just governments, but all parts of our community to embrace the opportunities for action - from our biggest polluters to our smallest businesses and organisations. Every country, state, neighbourhood, and street can make a difference. Your support has helped make a difference!

Special thanks to the 80+ Clean State volunteers who are continuing to give their skills, energy and time towards climate action. Let's keep building the momentum.

Council elections, a key opportunity to keep climate action on the agenda