Once again the prospect of an East-West intercontinental gas pipeline has reared its head as the Morrison Government’s pro-gas COVID-19 recovery commission (led by gas man Nev Power) has promoted this as a way to power Eastern States industry with cheap gas from the West.

If you do not let the facts get in the way of a good story, it sounds like it could be a good idea.

However, the reality is that gas here in WA is neither cheap nor clean.

While spending billions of taxpayers dollars on a cross-continental white elephant might buoy the ailing gas industry, it will be a disaster for the climate and deliver an energy supply that Australia cannot afford. 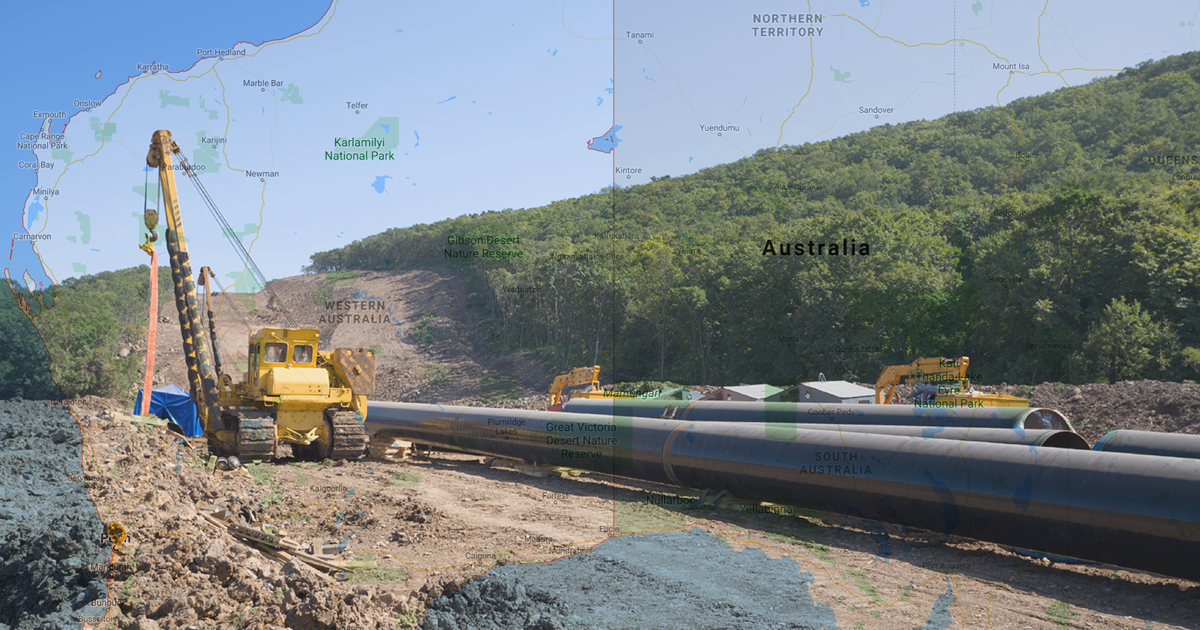 The last time this pipeline proposal was floated, the Morrison Government ordered a $5m feasibility study from Acil Allen which showed that the pipeline did not stack up commercially and would not provide a good return on taxpayers investment. To pay back the cost of building the 2,900km pipe across the continent, the price of the gas to consumers would have to be significantly higher than the price of seaborne LNG. Queue the bizarre plans to build giant LNG import terminals on the East coast while Australia overtakes Qatar as the world’s biggest gas exporter.

Since the study by Acil Allen in 2018, renewable energy for electricity supply and batteries for firming and peaking - the most common purpose of gas generation – has continued to fall even further. The South Australian battery has paid for itself within two years, and several more are planned for installation, while solar panels continue their steady march down the cost curve. Gas does not stack up against renewable energy now, and it certainly will not stack up in five years when the billions of dollars it will cost to build a pipeline will be recovered in the form of even higher gas prices for Australian households and businesses.

But the biggest problem with sending WA gas East may not be the cost to consumers, but the cost to the climate.

Gas supporters have repeatedly claimed gas to be a ‘clean fuel’ and an ‘ideal partner’ to renewable energy by its backers. The experience here in WA has been very different. Thanks to the WA Domestic Gas Reservation Policy the WA gas market is in an almost constant state of oversupply WA, providing a valuable lesson on what happens when you add a lot more gas into the energy mix.

A barrier to renewables and a disaster for the climate

Let these three simple facts settle in. WA has the highest proportion of gas generation of any Australian state. It also has the lowest percentage of renewable energy and the fastest growth in carbon pollution.

In WA, the oversupply of gas has been a barrier to consumers accessing affordable renewable energy, and it has been a disaster for the climate as growing pollution from the gas industry drives up national emissions, placing our Paris Agreement targets out of reach.

The WA situation demonstrates that when you build a fleet of new, long-lived gas generators pollution is not reduced. Instead, these facilities hinder the uptake of cheaper renewable energy and underpin demand for highly polluting and environmentally damaging gas extraction.

Pollution from the gas industry here in WA is growing so fast that it is cancelling out the savings made by the taxpayer-funded Emissions Reduction Fund (ERF). Not only is gas driving up emissions, but Australian taxpayers are forced to pay the gas industry’s large pollution bill as the country spends billions offsetting gas emissions through this fund.

If that is not bad enough, the industry is planning its most significant expansion yet. The giant Burrup Hub proposal by Woodside, Shell, BP and others would produce around four times the emissions of the Adani coal mine – over 6-billion tons of CO2 from direct and indirect emissions over its 50-year lifetime. Far from being a clean source of energy, this would be the most polluting fossil fuel project in Australia’s history if it were to proceed. To offset the direct emissions of this project through the ERF, taxpayers would have to fork out over $17 billion. 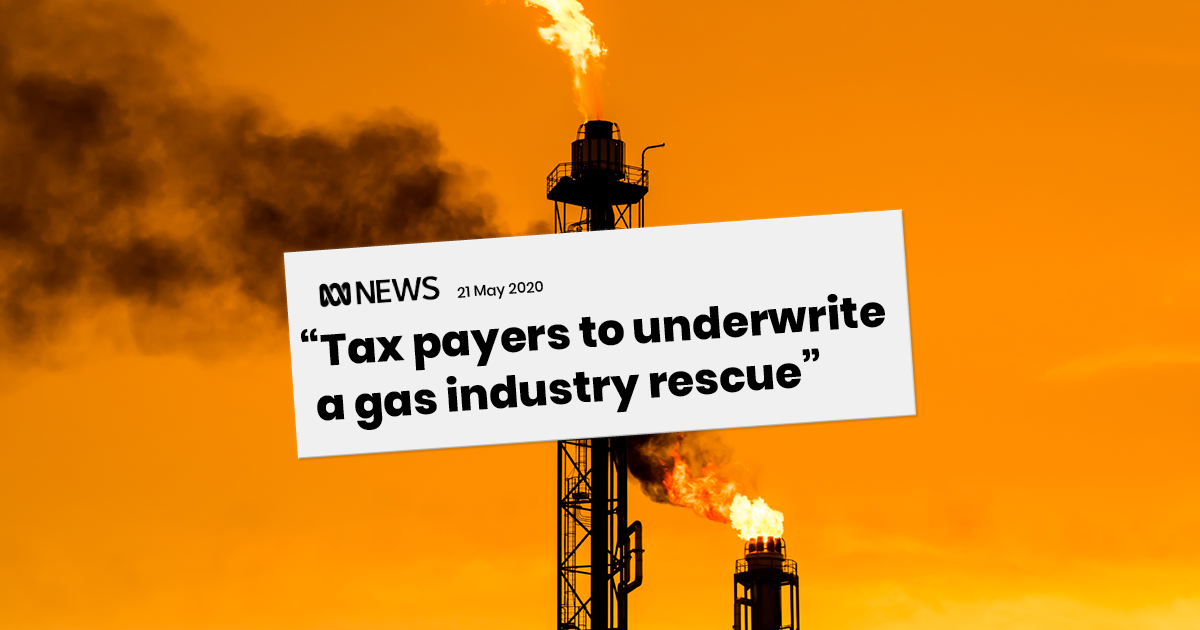 Despite its profits, the gas industry is the smallest employer of any sector in WA, producing fewer jobs per dollar of investment than any other industry.

The industry is overwhelmingly foreign-owned meaning its profits are going overseas while Australian’s pay its huge pollution bills.

The multinational companies behind WA’s massive gas projects pay virtually no tax or royalties for the gas they extract and export or sell at a tidy profit to Australian households and businesses. The industry is making extraordinary profits by paying nothing for resources owned by Australians and selling them back us while we also pay to clean up the mess.

With his direct commercial interests in WA gas projects, it is no surprise that Nev Power and his COVID-19 Commission are pushing a taxpayer-funded pipeline that would subsidise the next round of profits for the gas industry. This pipeline will cost Australians dearly. It will be a disaster for the climate, and it will hold our country back from the opportunities in clean and affordable renewable energy that can underpin a recovery from COVID-19 and set Australia on a clean and competitive path for the jobs and growth of the future.

Sign the petition demanding no government handouts to fossil gas companies as part of the coronavirus recovery effort.

Taskforce can unlock thousands of jobs by tackling LNG pollution