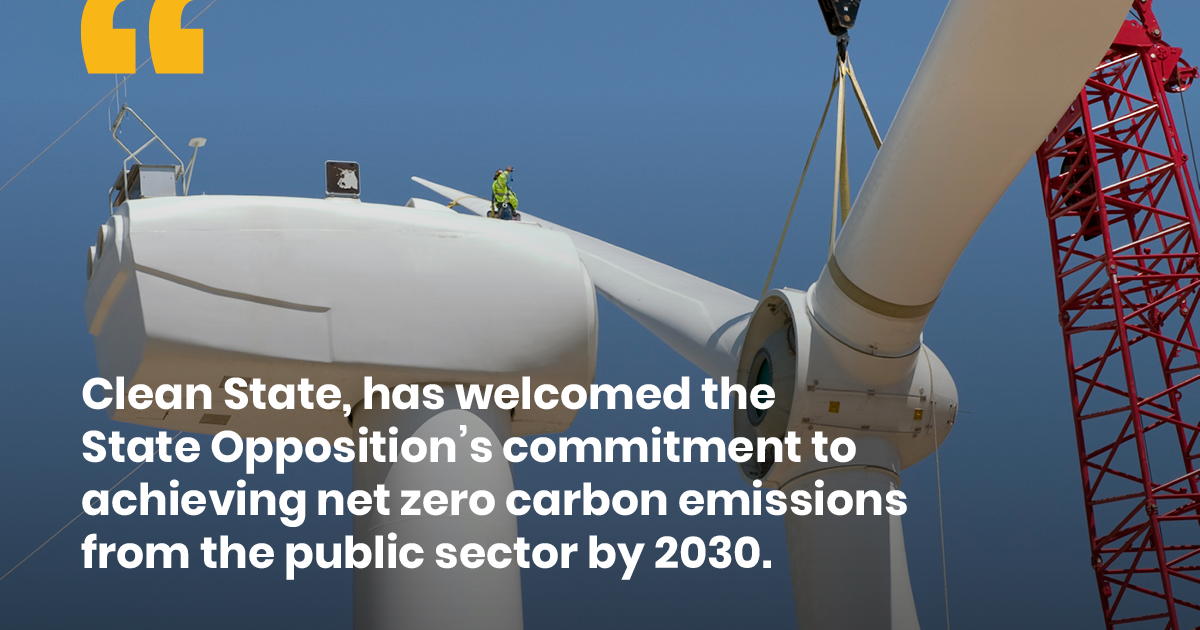 Clean State spokesperson Maggie Wood said the proposed policies show “governments can lead by example… the next step is to endorse Clean State’s plan for a public sector that not only has net zero carbon emissions, but dedicates resources to slashing pollution across all sectors”.

Ms Wood said that polling showed West Australians “overwhelmingly want to live in a world where our schools and hospitals are powered by cheap and clean renewable energy that will improve health outcomes and ensure government money is invested in much-needed resources for education and health rather than in paying power bills”.

“There is a huge opportunity to embrace Clean State’s plan to Retrofit and Repower WA’s 1,883 Aged Care and Childcare facilities, to make them more comfortable to work in and cheaper to run, and money saved on energy bills can be reinvested into wages, employee benefits and affordable care.

“We have been advocating for electric buses rather than hydrogen because the technology is well-tested in inter-state and international markets. These vehicles along with trackless trams should be built in WA to secure manufacturing jobs in Perth and regional communities. We call on whomever is in government after the next election to renegotiate new contracts for 900 diesel buses, replacing them with WA-made electric buses,” said Ms Wood. 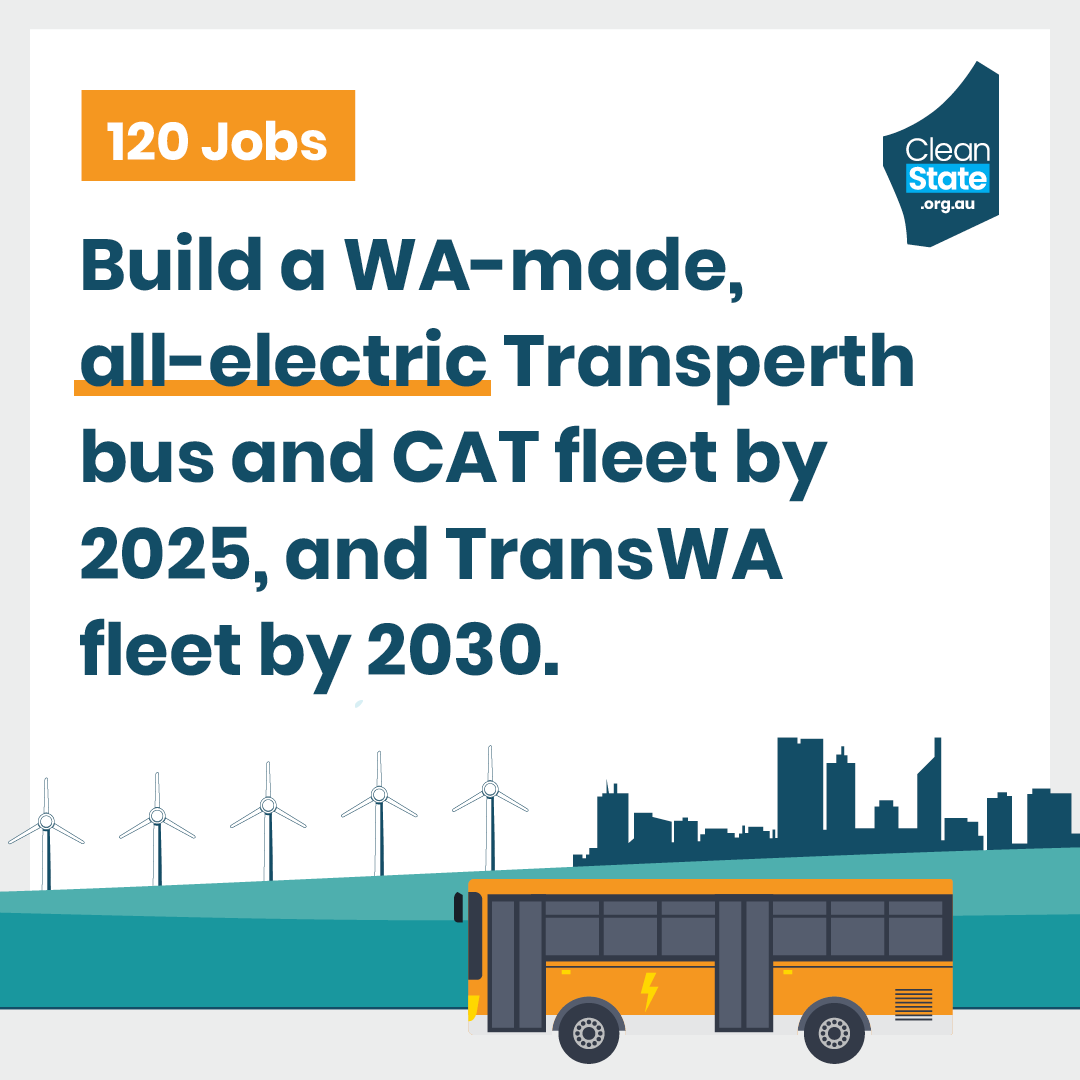