‘Blue Carbon’ is the broad term for the carbon that is sequestered, or captured, in the vegetation of coastal ecosystems. Mangroves, saltmarshes and seagrass ecosystems are functional ‘carbon sinks’ that provide long-term storage of carbon from the atmosphere. Carbon sequestration is not only essential for removing the CO2 that is already present in our atmosphere, it will mitigate the effects of any future emissions. 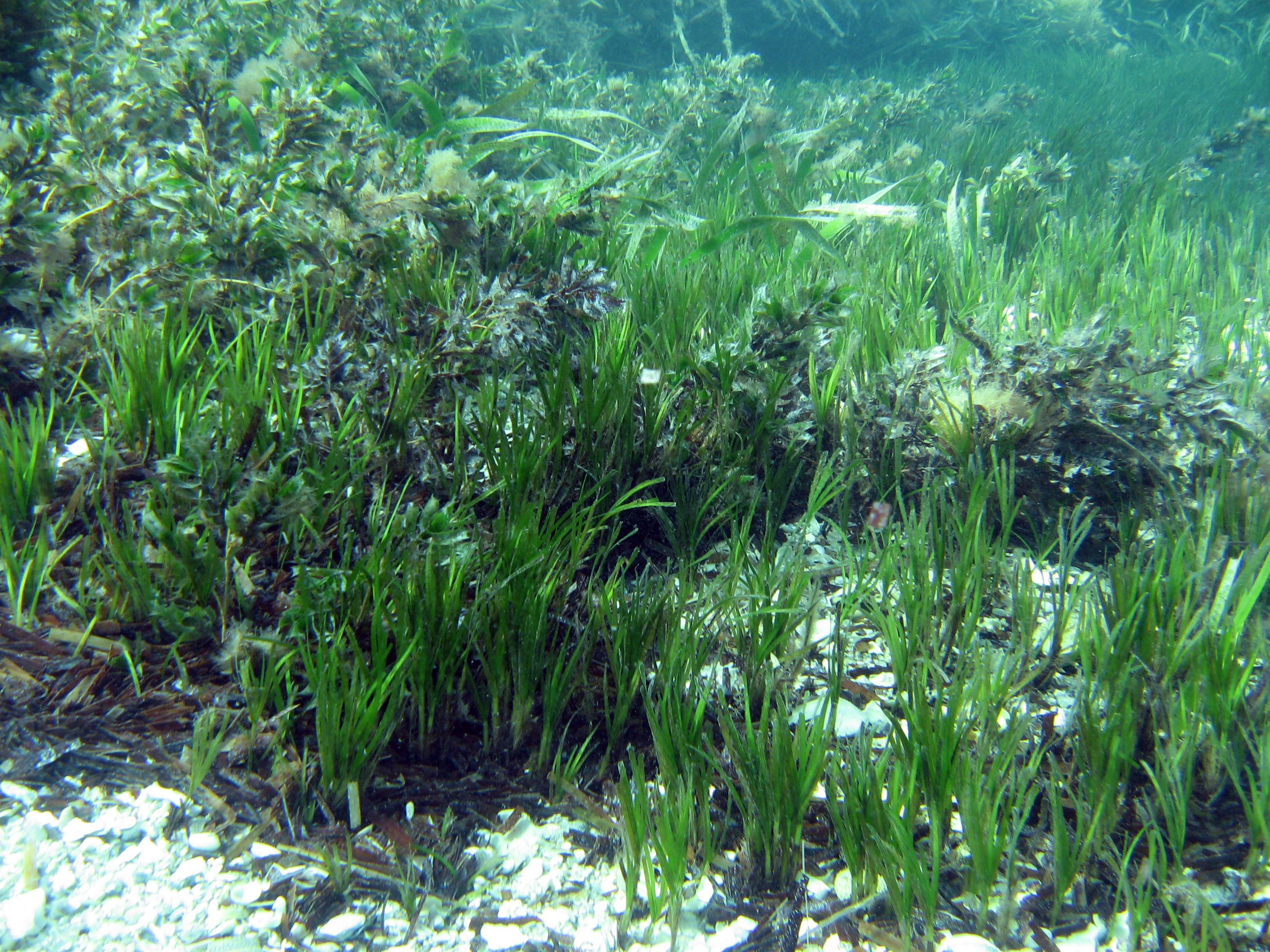 While only 2% of the world’s ocean floor is seagrass, mangroves and saltmarsh vegetation, 50% of carbon sequestration is ocean sediments is attributed to these ecosystems. Organic carbon is stored in the aboveground biomass (leaves, stems, branches and trunks); belowground biomass (roots); the dead biomass litter; and the soil.

Unlike terrestrial ecosystems, the carbon storage potential of blue carbon habitats increases over time. While terrestrial vegetation becomes saturated with carbon to the point where it cannot absorb any more, the soil in coastal ecosystems accretes over time. This means that the layers of soil in blue carbon habitats accumulate over time, increasing the amount of carbon they are able to store. Additionally, blue carbon ecosystems have a much greater storage longevity than other ecosystems. While rainforests typically only have decades or centuries at a maximum for carbon capture, a case study in Spain found carbon deposits in mangrove ecosystems that are over 6000 years old.

Changes in land-use such as deforestation and afforestation; alteration of climate including temperature and rainfall changes; and atmospheric changes such as pollution damage, can all cause harm to blue carbon environments and result in the release of huge quantities of organic carbon. The carbon dioxide emissions resulting from the disruption of just the top later of sediment in one hectare of mangrove habitat would be the equivalent of three to five hectares of tropical rainforest.

Over recent decades, one third of global saltmarsh, mangrove and seagrass ecosystems are estimated to have been destroyed. Currently, one football field worth of seagrass is lost globally every thirty minutes. In Australia, an estimated 1-3 per cent of blue carbon ecosystems are being destroyed each year, which is resulting in the release of 2 to 3 million tonnes of carbon dioxide emissions per year.

The management and conservation of blue carbon ecosystems is one of Clean State's 26 initiatives to create 200,000 jobs in WA. Included in Clean State’s extensive proposal is the development of a WA Blue Carbon Strategy to support the 2050 net-zero emissions target, along with increasing funding for marine habitat conservation and restoration, and the introduction of a Blue Carbon offset standard and financing mechanisms.

An extreme limitation to the management of blue carbon ecosystems in Western Australia is the lack of mapping as to where these ecosystems lie. One of the first steps in Clean State’s proposal is to extensively map the location of these ecosystems along the West Australian coastline.

An additional constraint is the lack of guidelines or standards for the measuring of blue carbon capture and storage in ecosystems. Clean State address this issue in their initiative, proposing the development of a Blue Carbon offset standard in collaboration with the Australian Government.

Blue carbon environments can be as much as four times more effective at capturing and storing carbon than terrestrial habitats of an equal area, and within Australia these ecosystems are responsible for absorbing more than 20 million tonnes of organic carbon per year. This is equivalent to the emissions of approximately four million cars. They also have the ability to sequester carbon at a rate 40 times that of tropical forest systems.

In addition to environmental benefits, the management of blue carbon also has significant economic benefits.

The health of seagrass meadows directly corresponds to the health of fisheries, and according to Professor Gary Kendrick from the UWA Oceans Institute, the value of this ecological service is estimated at $35 to 65 thousand per hectare. A case study found that wild catch fisheries in receive an approximate benefit of more than $25,000 per hectare per year from seagrass meadows in South-eastern Australia. Commercial fisheries can benefit from $35.5 million per year from South-east Australian coastal ecosystems. 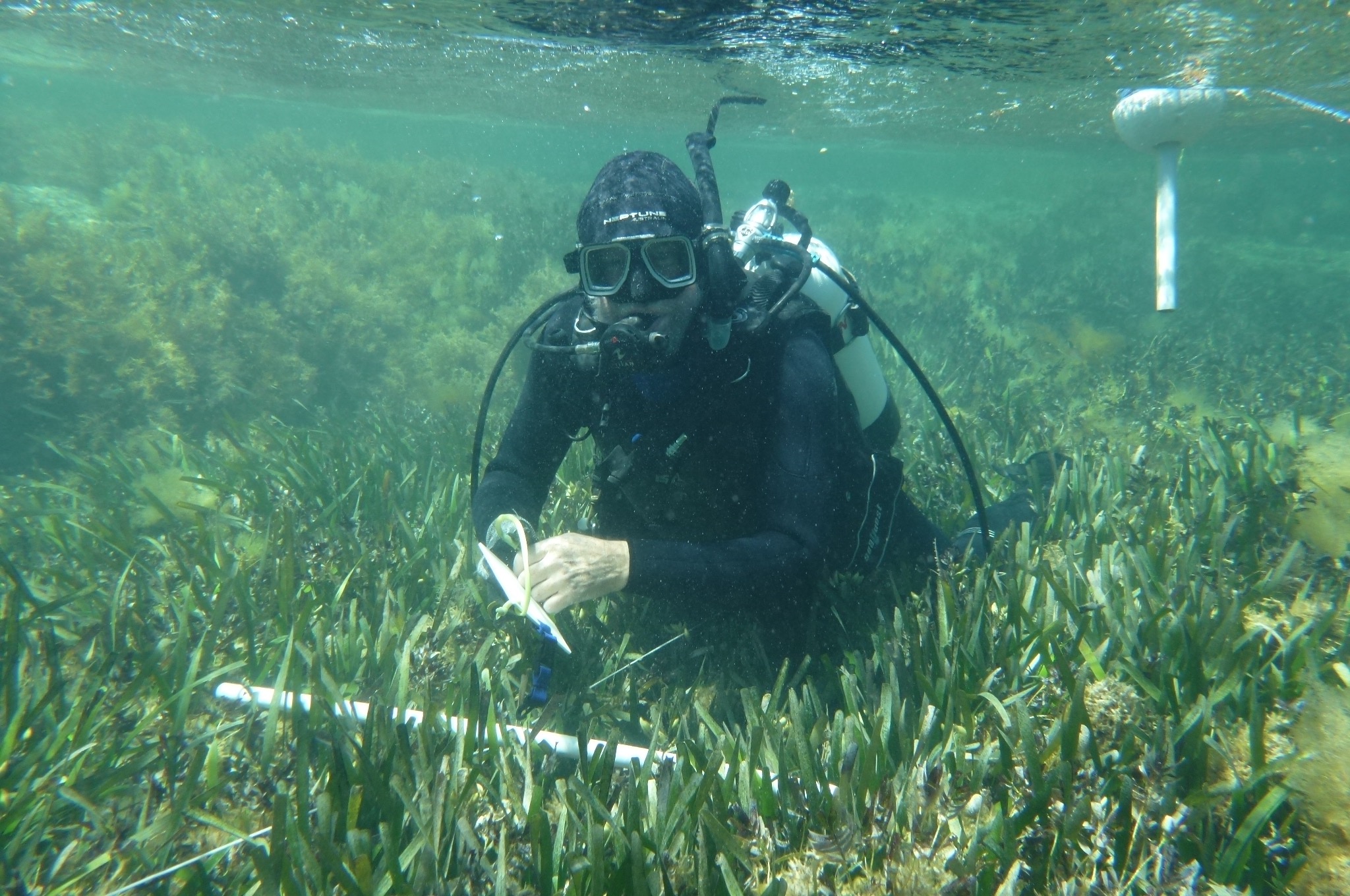 The conservation, management and protection of mangrove habitats provide flood protection benefits that are valued at up to 10 times the costs. Australia’s percentage of mangrove coverage is the second highest in the world. Globally, mangroves protect 18 million people from coastal flooding, at a value of $80 billion per year. Moreover, mangroves promote non-market benefits related to restoration, forestry and fisheries at a value of US$40 to 50 billion per year.

The preservation, management and restoration of blue carbon ecosystems also provides valuable social and cultural outcomes. The WA Blue Carbon initiative will present immense opportunity for Indigenous engagement. Collaborating with Indigenous communities to lead management, monitoring and research will provide rewarding economic, environmental and cultural outcomes for all partners. Project E6: Assisting the restoration of seagrasses at Shark Bay is an example of the opportunities that the management of blue carbon ecosystems and marine conservation will provide. 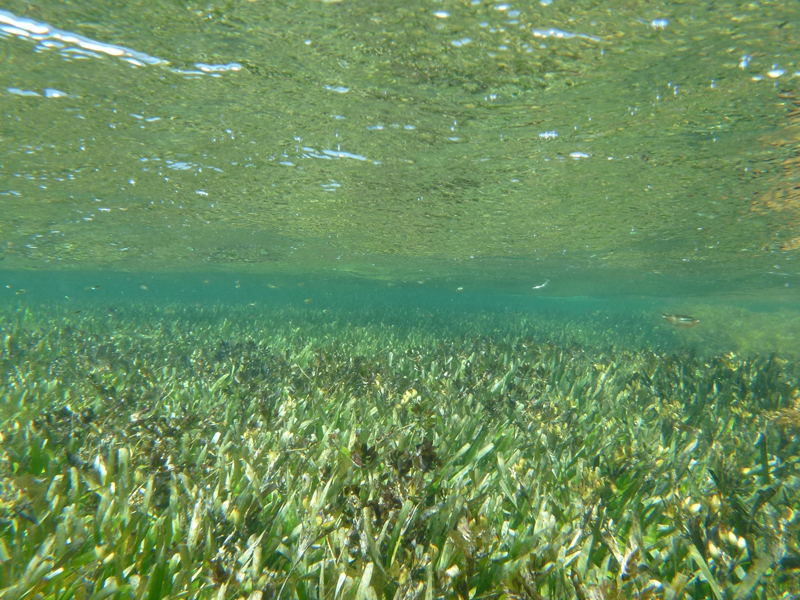 An unprecedented ocean heatwave in the summer of 2010 to 2011 saw the decimation of 1000 km2 of seagrass off the Shark Bay coast. Dolphins, dugongs, sea snakes, cormorants and green turtle populations experienced devastating declines. Within one season, one quarter of Western Australia’s seagrass meadows were destroyed and 9 million tonnes of organic carbon were released into the atmosphere.

Gary Kendrick of the UWA Ocean’s Institute is a leader of Project E6: Assisting the restoration of seagrasses at Shark Bay. The Marine Biodiversity Hub have partnered with the Malgana Indigenous community in Gathaagudu (Shark Bay) to recover the seagrass meadows through the research and development of seed collection and planting methods. They are focusing on preparing for future conditions imposed by climate change, by identifying species that are most likely to withstand the predicted temperature increases. 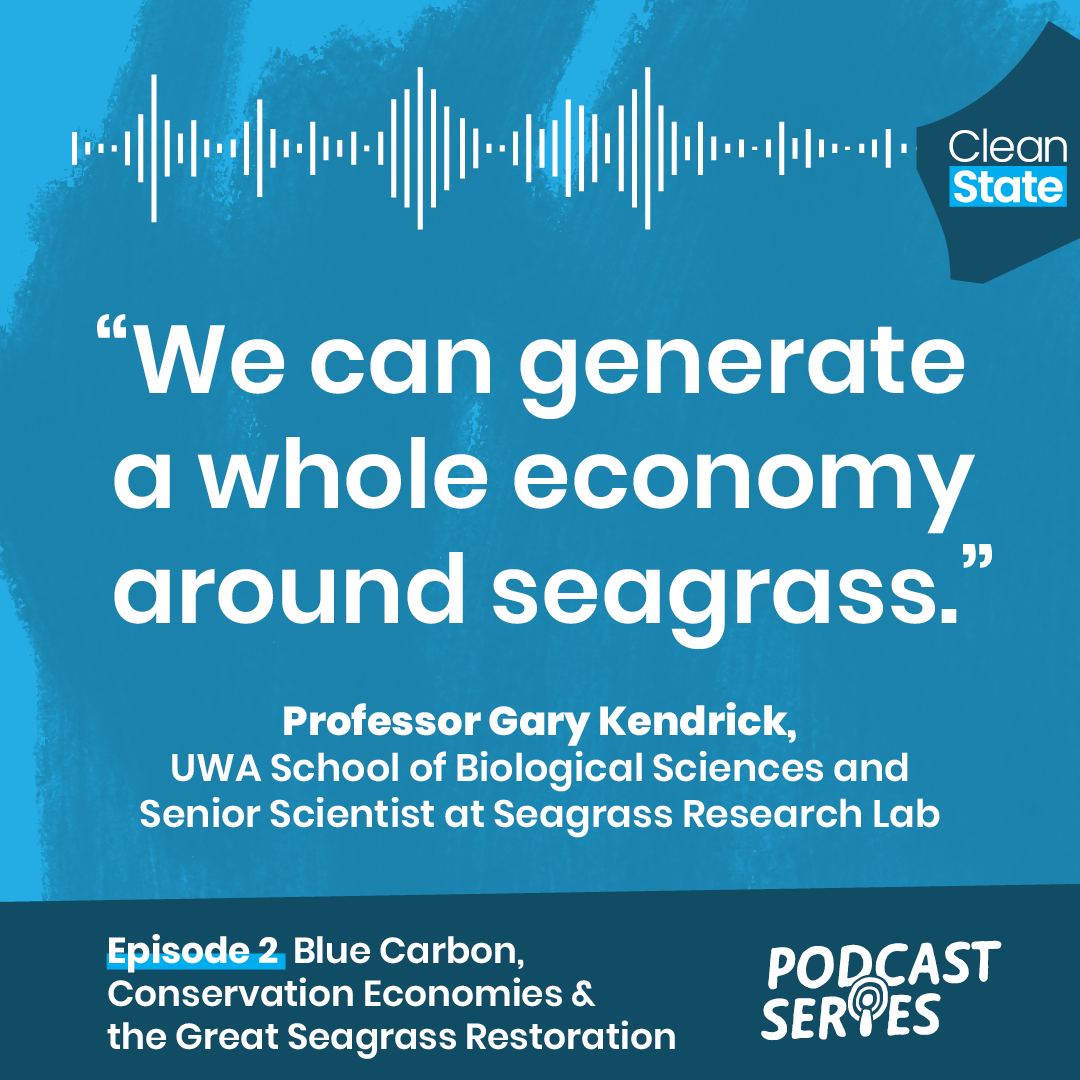 Listen to our podcast interview with Gary Kendrick here.

Insulation is an investment that pays for itself