Carbon farming involves the introduction of land management activities that focus on mitigating climate change, through either reducing emissions or sequestering carbon in soils or vegetation. 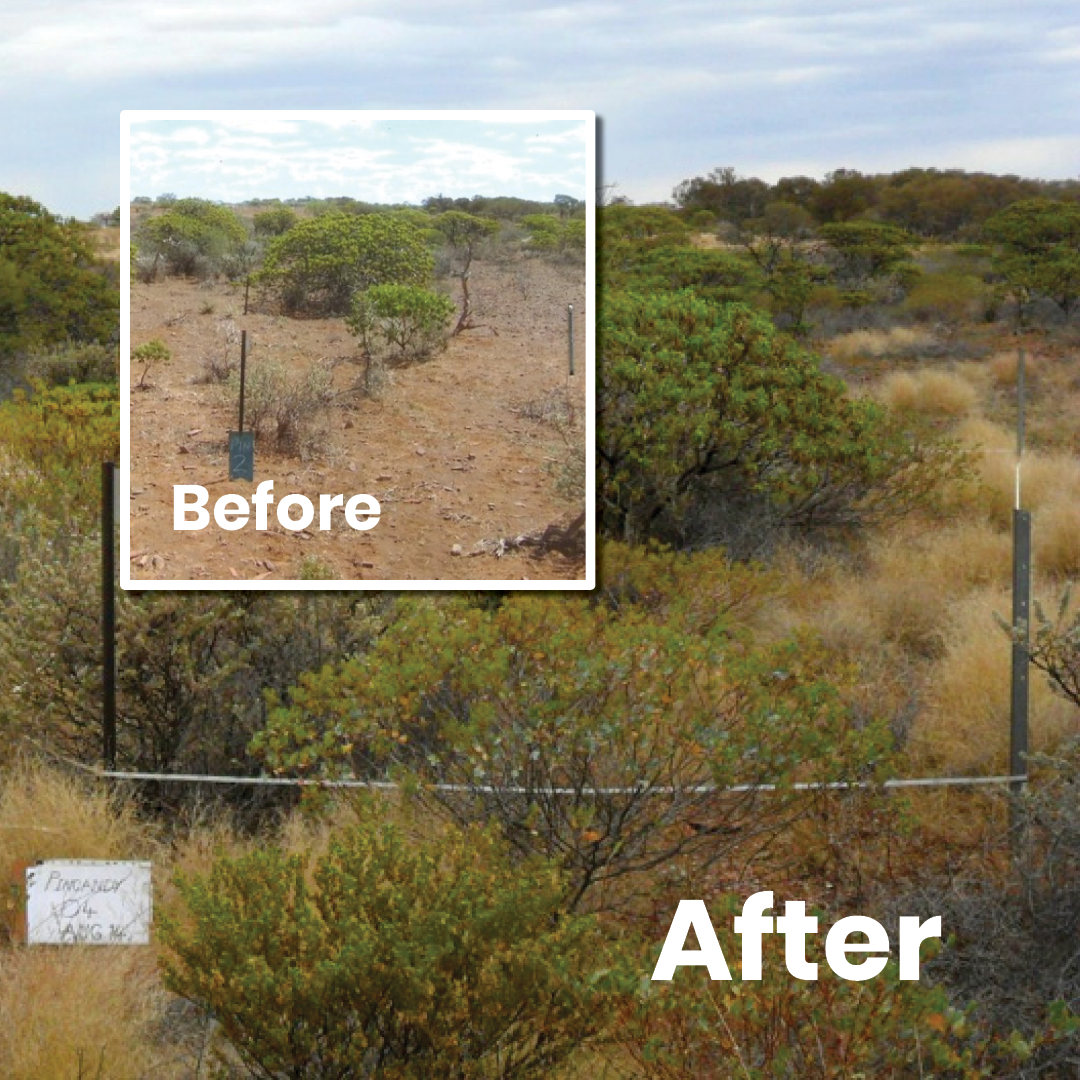 Sequestration in vegetation can be achieved by revegetating and restoring native vegetation in degraded areas; and protecting remaining vegetation. Soil sequestration activities include retaining stubble (crop residue) and introducing no-till or minimum-till cropping.

Emissions can be reduced through the management and capture of methane production; alteration of livestock diets to control emissions; implementing savanna burning methods; and altering fertiliser use.

The agricultural industry in Australia is responsible for sustaining tens of thousands of farmers, feeding more than 60 million people, and supporting rural communities and businesses.

Increasing the carbon sequestration potential of soils benefits the structure of the soil; minimises erosion; heightens the ability to store nutrients; and improves the water retention and water available to crops. Each of these benefits works to increase the productivity of the land, generating higher crop yields.

Through the implementation of renewable energy practices and agricultural and vegetation management projects, 80 million tonnes of emissions could be abated by Western Australia. The management of livestock includes supplementing feed to reduce emissions; expanding available grazing area; regulating cattle movement by establishing fences; and improving the quality of pasture. These practices reduce emissions by increasing productivity, where the same output can be generated with less animals. The management of vegetation involves reforestation, regeneration, prevention of deforestation and savannah burning. 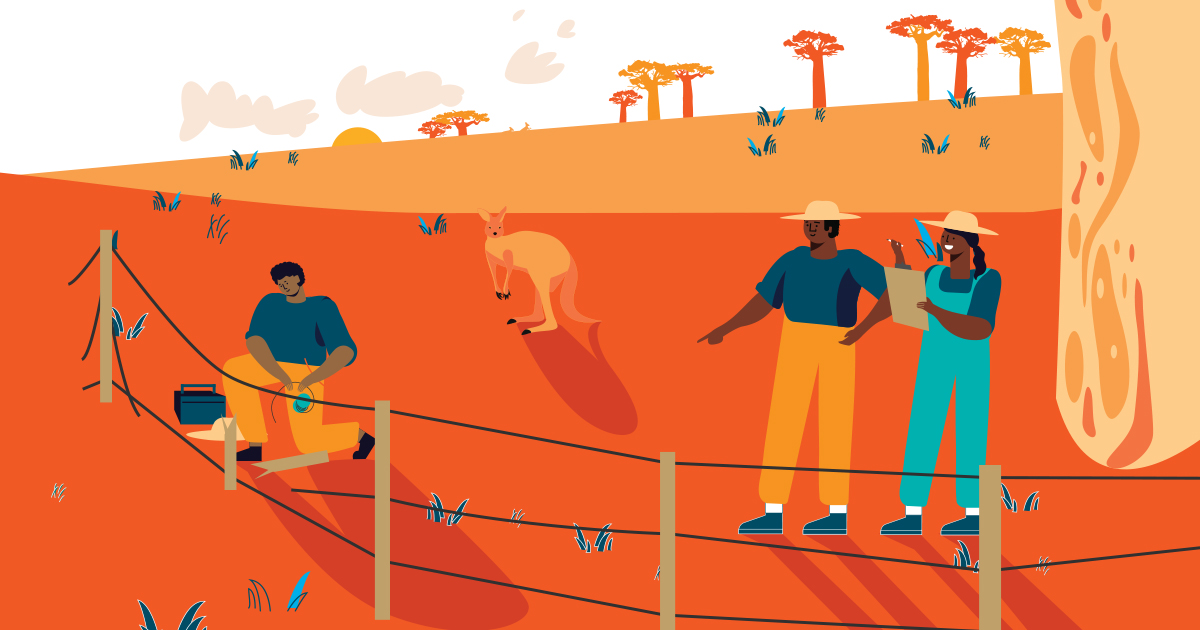 The Carbon Farming Initiative (CFI) was initiated by the Australian Government in 2011, which enabled land owners to undertake carbon farming activities (emissions reduction or sequestration) in exchange for carbon credits which could be sold in the offset market. The CFI was replaced in 2013 by the Emissions Reduction Fund (ERF)—a policy that applies to all Australian industries, rather than just the land sector alone.

The ERF operates as a reverse auction strategy. Landowners offer their mitigation activities and the cost to undertake these projects per tonne of emissions reduction, and the government then purchase the projects that are of the lowest cost. For each tonne of emissions (known as carbon dioxide equivalent) that are reduced, the landowners receive one Australian Carbon Credit Unit (ACCU). These ACCU’s can then be sold to the government or to businesses as a method to offset their emissions.

The projects or ‘methods’ which landowners can undertake must be approved, and some examples include the mitigation of deforestation, revegetation of degraded land and savannah burning.

The $500 million Land Restoration Fund was introduced by the Queensland Government to extend the state’s carbon farming projects and create further benefits for the environment, society and economy. These co-benefits are measured in three categories. The environmental benefits involve the enrichment of threatened species habitat, and the improvement of wetlands, soils and water systems. The social and economic co-benefits involve the creation of direct and indirect jobs, and the increased investment into Queensland regions, which will develop strong and resilient regional communities. The First Nations benefits support cultural connections while providing on-country business opportunities.

A survey of West Australian farm managers found that more than 60% were being impacted by climate change. These impacts tougher drought periods; reduced annual rainfall; average temperature increases; and shorter, delayed growing seasons. The WA farmers indicated that their preferred carbon farming projects are no-till cropping and retaining crop residue, which is likely attributed to the co-benefits that these processes provide. Each of these activities result in improved soil quality, which subsequently increases crop yield. It follows that the farmers described the most essential co-benefits of carbon farming are the reduction of soil erosion and the improvement of soil quality.

Clean State endorse the assimilation of a $100 million fund in line with Queensland’s model as part of the initiative to unlock Western Australia’s carbon farming potential. The proposal additionally includes the installation of Carbon Research Centres; policy requirements for the state’s biggest polluters; improvement of carbon farming methods; increased support to Aboriginal Ranger Programs, just to name a few.

The 2018 study by Reputex Energy determined that if Western Australia was to offset 30 million tonnes of emissions per year, 4,000 direct jobs would be generated. These jobs are projected to be distributed across the reforestation activities (1,190 jobs); renewable energy development (614 jobs); regeneration of rangelands (249 jobs); savannah burning projects (186 jobs); and other land-sector projects (1,694 jobs). Permanent job creation is also projected, including land managers, stockmen, tree planting contractors, bee keeps and Aboriginal rangers, along with the indirect job creation in regional tourism and service industries.

Clean State estimate that the implementation of the initiative for WA carbon farming will establish 6,000 direct carbon farming jobs, along with at least 40 jobs at the carbon research centres, and 20 Department staff. Many additional jobs will be generated through the co-benefits associated with the carbon farming projects.

Harnessing our carbon farming potential in Western Australia will cultivate environmental, economic, social and cultural benefits for our state.