Claims are often made by the gas industry and our own Australian and Western Australian Governments that LNG is ‘cleaner’ than coal and needed for a ‘transition’ to a low carbon future. This article provides a handy reality check. 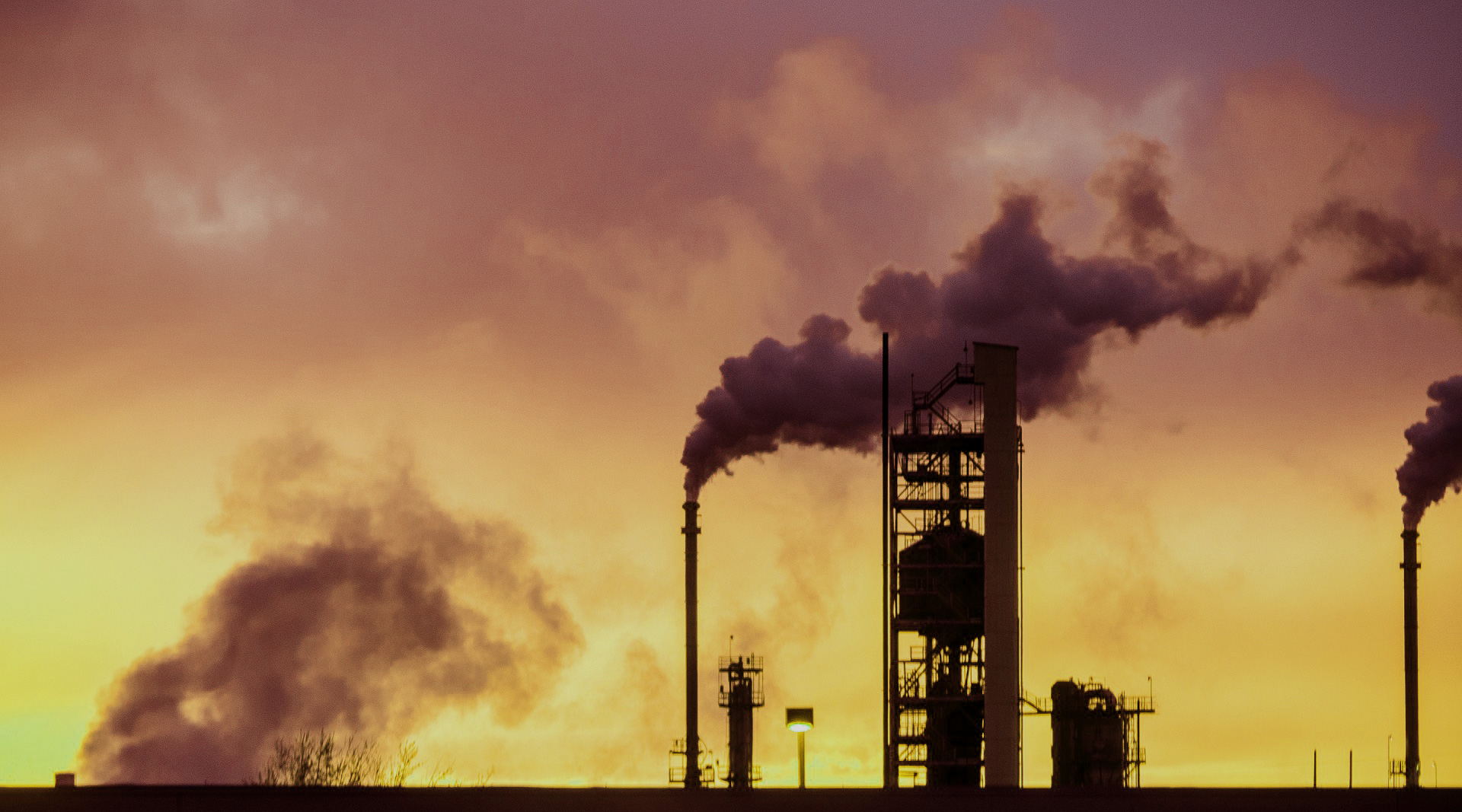 Gas is still a fossil fuel and breaks the carbon budget

There is clear scientific consensus that there is too much carbon in the atmosphere. We have already reached one degree of warming and surpassed the ‘safe’ level of 350 parts per million (ppm) of carbon. The world is now approaching 415ppm which will make keeping within 1.5 degrees of warming almost impossible. Scientists and the International Energy Agency (IEA) agree - there is no room for any more fossil fuel development. It’s perverse to think that burning more fossil fuels will save the climate.

Gas is not ‘cleaner’ than coal

One of the most common myths is the claim that gas is ‘50 percent cleaner than coal’. This claim doesn’t take into account the emissions across the full life cycle of gas. Extraction, processing, transport and storage all create emissions, in addition to when LNG is burned. Research shows over a full life cycle analysis, gas doesn’t have any advantage over coal in terms of carbon dioxide (CO2) emissions. A major international review of LNG infrastructure released in July 2019 found the threat to the climate from LNG is ‘as large or larger than coal’. Research also shows that if global coal use was eliminated overnight, burning the oil and gas reserves already being exploited would still take the world past 1.5ºC.2 Gas is not only a greater threat to climate than coal but creates more emissions than are reported. 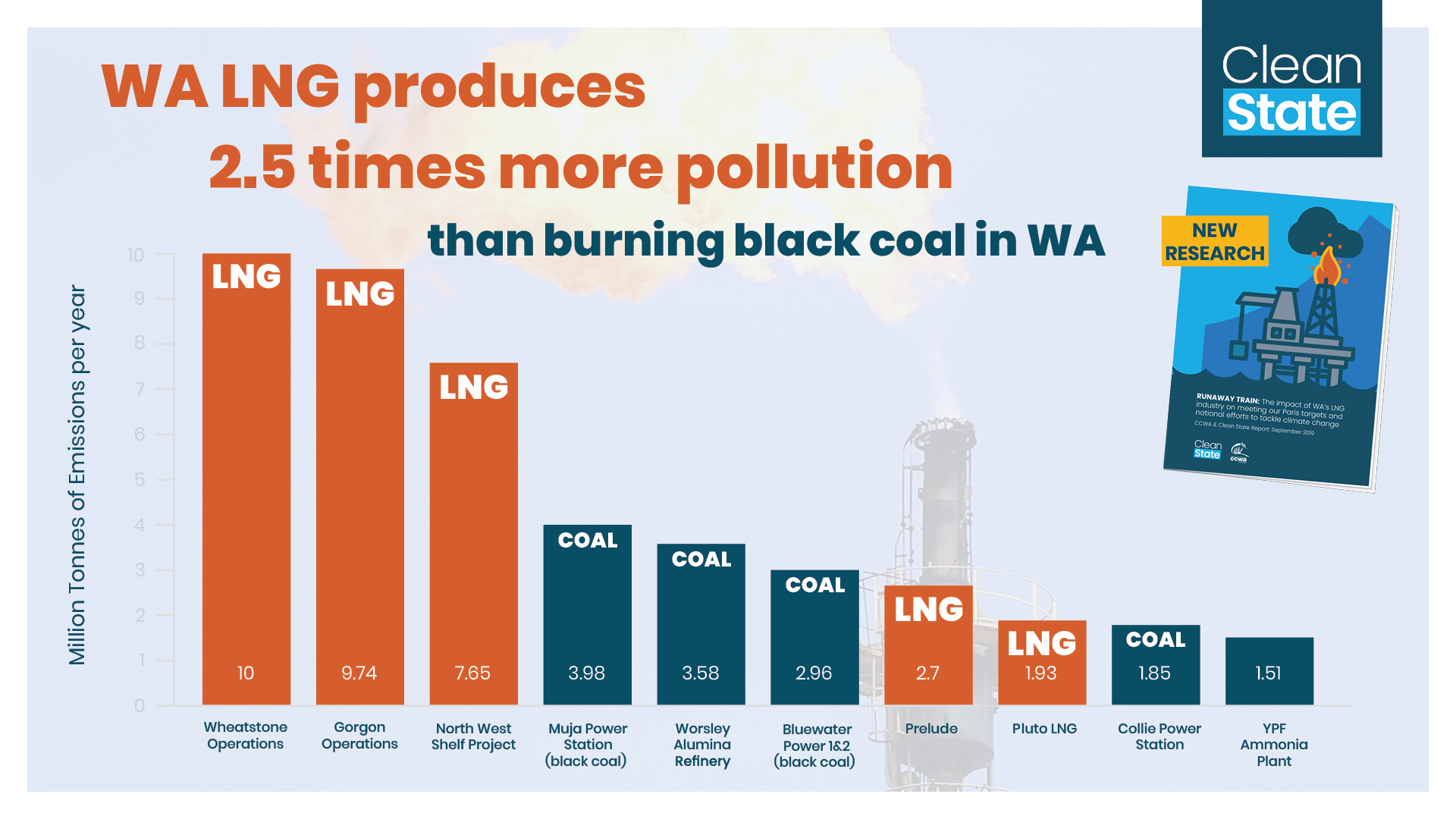 Gas is up to 90% methane, an extremely potent greenhouse gas that traps 86 times more heat than CO2 over a 20-year Period. When the gas industry claims that gas is ‘cleaner’ than coal, it’s ignoring the huge amounts of methane released at all stages of its lifetime including drilling and extraction, transportation and storage, and eventual combustion. These are known as ‘fugitive emissions’. The Intergovernmental Panel on Climate Change (IPCC) modeling shows to limit global warming to 1.5°C, we need to make substantial reductions in fugitive emissions. Despite this, Australia’s fugitive emissions have increased by 60% since 2004. The dangerous impacts of methane undermine the notion of any climate advantage LNG has over coal.

The gas industry and Federal Minister for 'Emissions Reductions' Angus Taylor have claimed Australian LNG is lowering emissions in other countries by replacing coal. The truth is, Australia is now the largest exporter of coal and Australian LNG is being burnt in addition to Australian coal overseas. For every tonne of LNG produced in Australia around 2.8 tonnes of greenhouse gas pollution is emitted when combusted in a second country. Australia exported 70 million tonnes of LNG in 2018, which will emit 197 million tonnes of CO2 when burned. The only thing that would genuinely reduce emissions overseas is to export or encourage the uptake of renewable energy. The reality is Australian gas is being burnt in addition to – not instead of – coal, and our exports are significantly increasing global emissions.

Large-scale, low-cost renewables can now displace both coal and gas

In most markets utility scale wind and solar power plants are now the cheapest form of power. In countries like Germany, the United Kingdom, China, Australia, and the United States wind and solar plants coupled with battery storage can already compete with new coal or gas plants. Gas isn’t needed for grid reliability or ‘baseload’ power anymore, which means the transition from a coal-power dominated grid to low-carbon generation will largely bypass or leapfrog ‘baseload’ gas, and instead shift straight to large-scale wind and solar. And renewables are only getting cheaper. The price of dispatchable, storable renewable energy, unlike the volatile gas market, is tied only to technology costs that are almost exponentially decreasing. Even if we ignored the climate problems connected with gas, on economics alone – gas is not the answer. 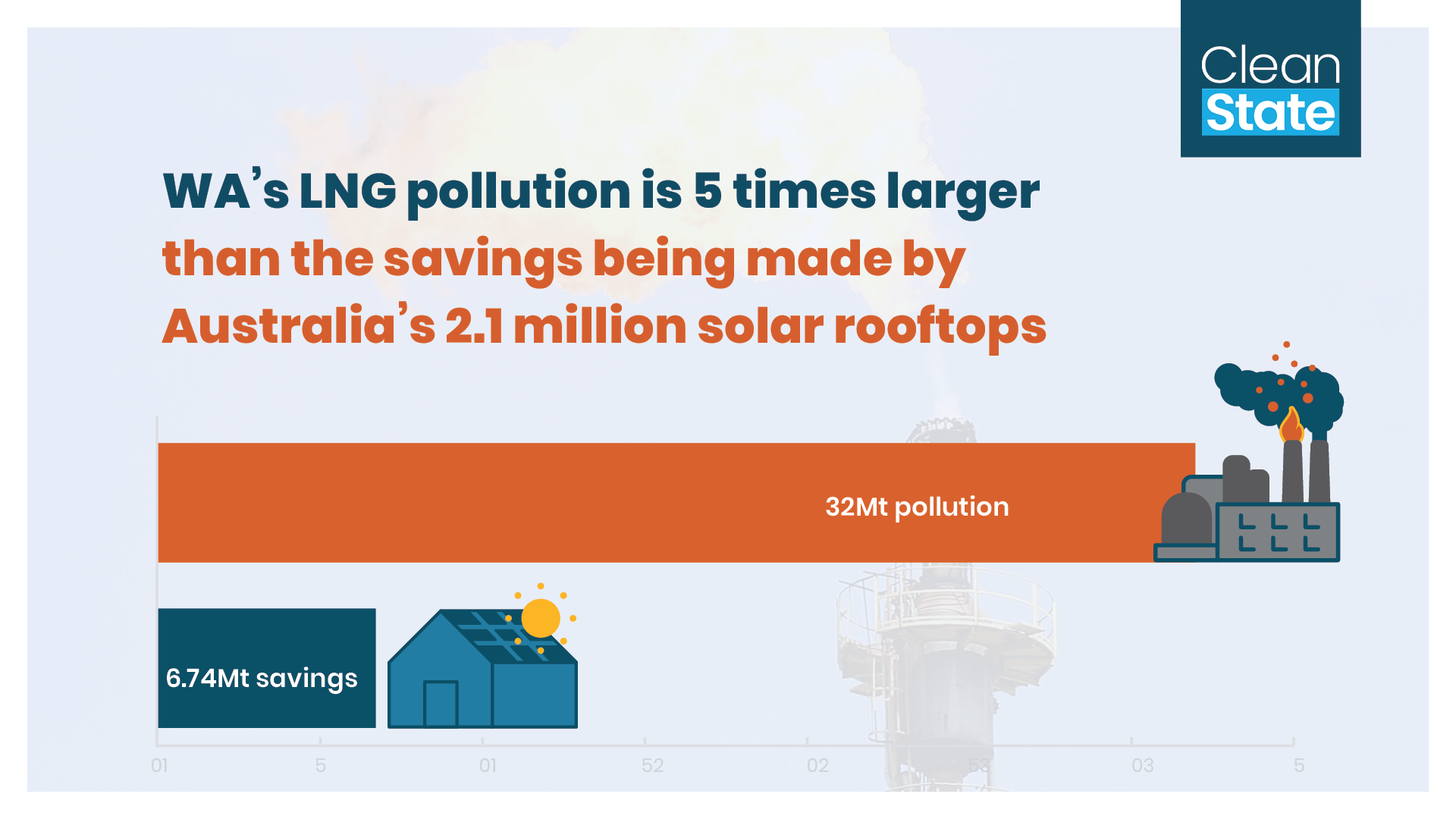 Another common myth is that gas is a ‘transition fuel’ to a cleaner economy. The reality is that exploiting new gas fields and building new gas infrastructure requires massive multi billion-dollar investments and decades of operation to becoming profitable. Gas plants being built or expanded today could still be operating beyond 2050, when we know emissions must be reduced to net zero. Woodside even wants to operate its proposed $50 billion Burrup Hub expansion until 2070. As the world implements the Paris agreement the inevitable phase out of gas, combined with the falling cost of renewable alternatives, will make new LNG projects untenable and unprofitable in the long term. This throws into question their financial viability and puts these investments at high risk of becoming stranded assets. By locking in decades of carbon pollution, any new LNG expansion is on a collision course with the Paris Agreement and is at a very real risk of becoming a stranded asset. 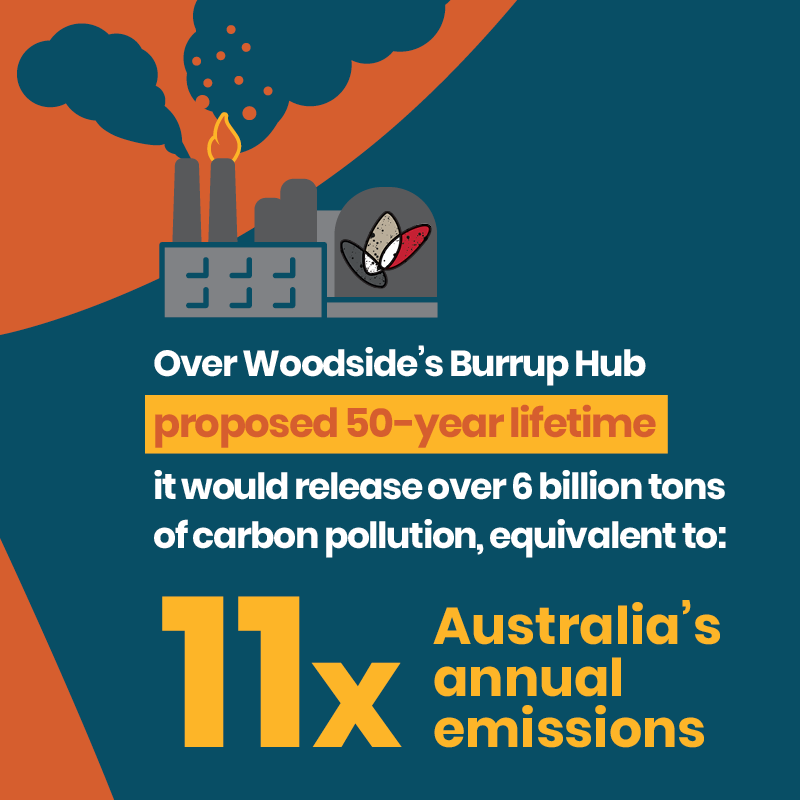 To achieve the Paris goals and stay within the IPCC carbon budget, gas needs to reduce not increase

The IPCC has said the world needs to be fully decarbonized by 2050 to keep within 1.5 degrees of warming. To achieve this, it calculated a ‘carbon budget’ that shows it is crucial for emissions to begin falling after 2020. Any delay beyond this will make the trajectory to net zero emissions almost technologically and economically impossible to achieve. The increasing and uncontrolled emissions of the LNG industry are in breach of the Paris Agreement and the best available science. This is why energy and climate analysts are calling for a moratorium on LNG development globally. The truth is, if emissions continue to rise beyond 2020 or even remain level, the IPCC temperature goals set in Paris become almost unattainable. 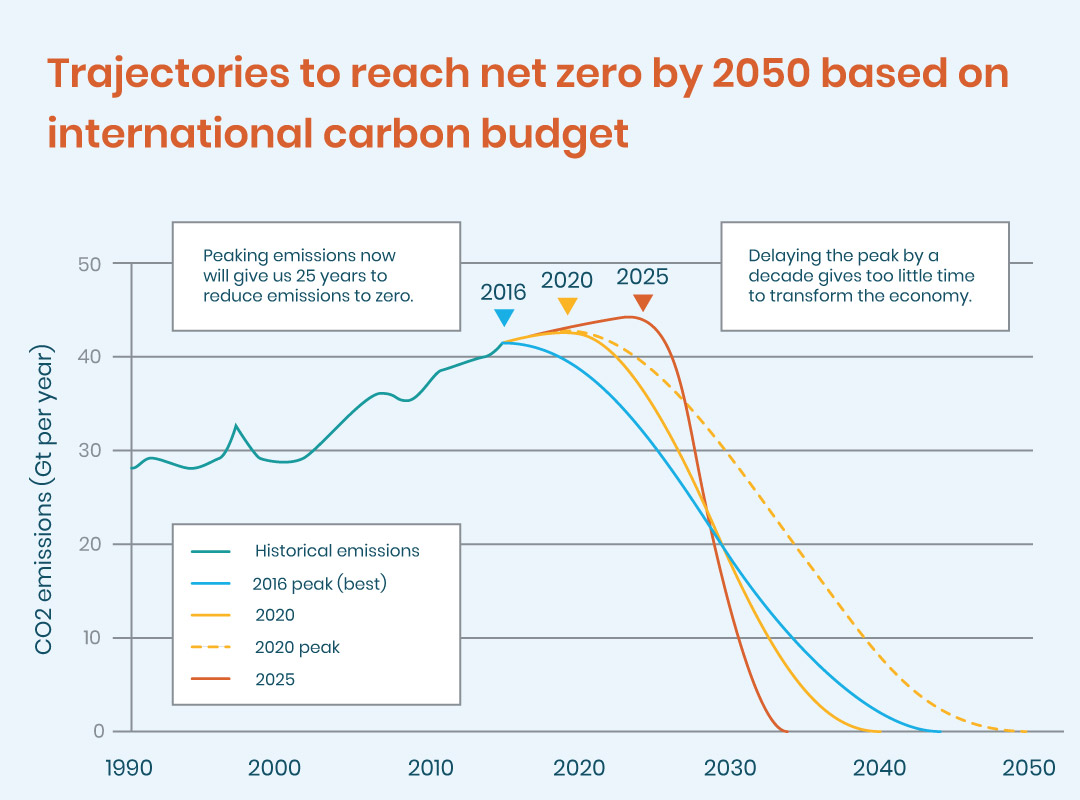 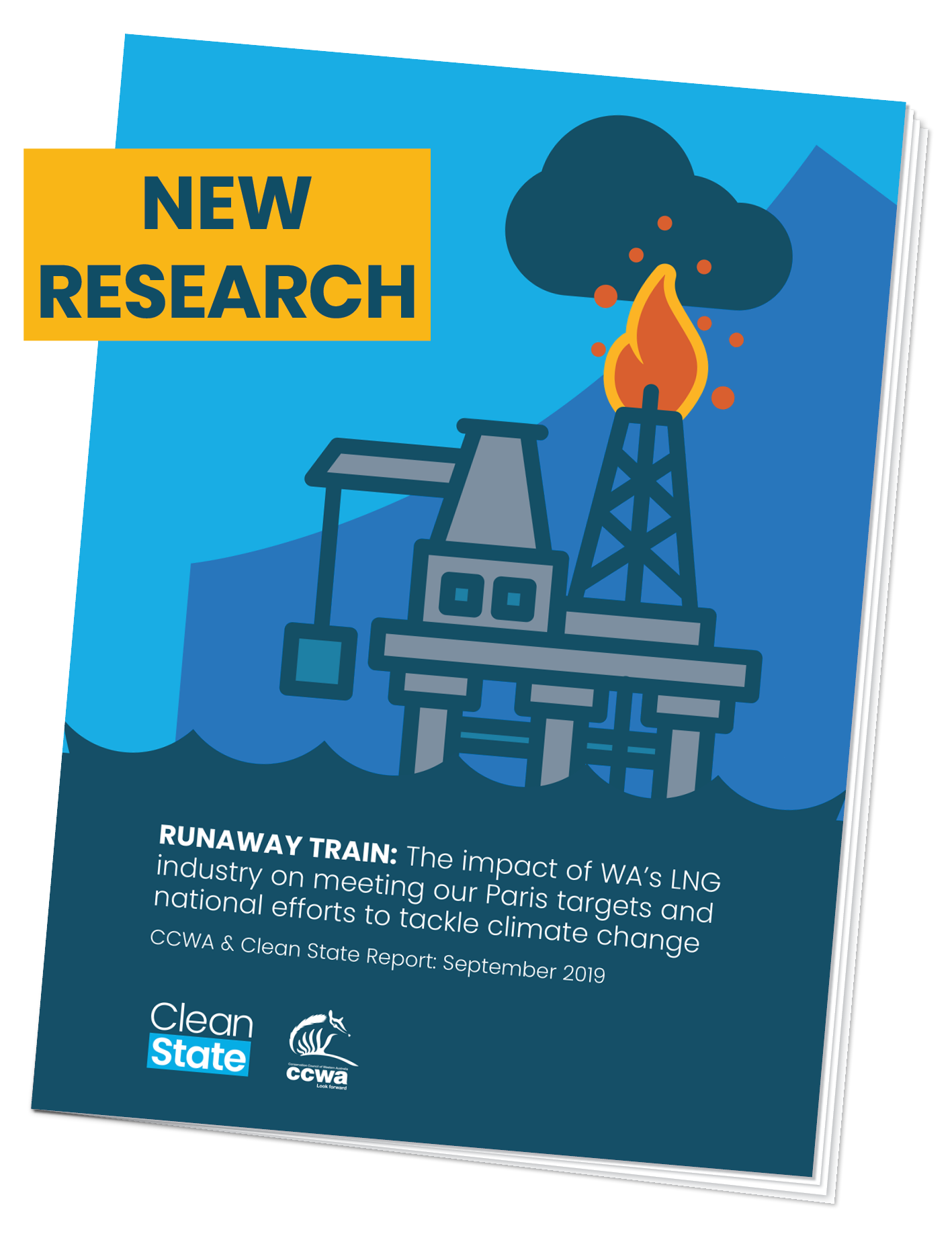